Sweets look to continue on 2018 success vs. the defending WCL Champions 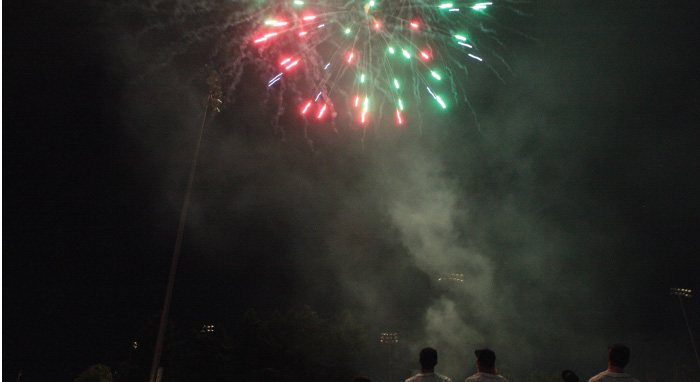 This trio of games is part one of a season-opening, eight-game homestand. The Sweets host the Bend Elks Friday, Saturday, and Sunday, then step out of WCL play when they oppose the Highline Bears June 11 and 12.

The Sweets rebounded from a disappointing 2017 season in which they went 25-29 to put up a .500-plus record last summer.

Prior to their current championship streak, the Knights climbed the West Coast League summit in 2008, 2011, and 2013.

Corvallis has dominated the all-time series with the Sweets by a 27-15 count, but Walla Walla has made some headway over the previous three seasons. The Sweets are 9-6 against the Knights from 2016-18. They were 4-2 last season, 3-3 in 2017, and 2-1 the year before that. They’ve been particularly strong at Borleske, and hope that the home cooking pays dividends again to start the 2019 campaign.

The Sweets set a franchise record when they routed the Knights, 18-5, in game one of the Corvallis series on June 30 and followed it up with a doubleheader split.  Corvallis won the opener of the July 1 double dip, 3-2, before the Sweets rebounded for a 5-3 triumph in the nightcap.

Tuesday’s game is presented by Chrysler Dodge Jeep Ram of Walla Walla. Sweets caps commemorating the 10th year of the franchise will be given away to the first 1,000 fans in attendance. The game will be followed by a fireworks show.

CDJR will team up with the Union-Bulletin Wednesday night for a magnet schedule giveaway. Schedules will be handed out to the first 500 fans through the gates. Game time is 6:35.

A special “School’s Out for the Summer/Hookie from Work Day” promotion is set for June 6 when the Sweets and Knights conclude their three-game set. First pitch is scheduled for 10:35 a.m.

Kids Day, presented by Sweet Basil Pizza, unfolds June 9. Youngsters 12 years of age and under will be granted free admission.

Tux Tuesday is June 11. Burgers from Prescott’s world-famous Tuxedo Tavern will be featured.

Fans attending the Sweets-Highline game on June 12 will have the opportunity to save 40 percent off merchandise purchased in the Sweets Borleske Stadium shop.

More information is available at wallawallasweets.com or by calling 509-522-BALL.