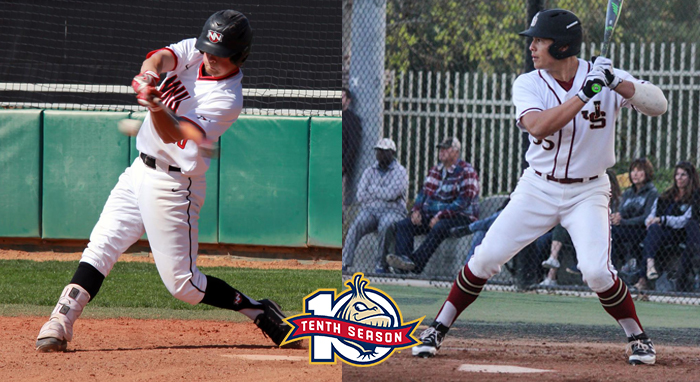 Folz, currently at Palomar College, hit .294 with six home runs and 28 RBIs last spring for NCAA Division II member Northwest Nazarene. He started 49 of the team’s 50 games in 2018 and sported a .508 slugging percentage.

The Monroe, Wash., product was an all-state performer his senior year and was a first-team, all-conference choice in his junior and senior campaigns.

Le Boida, who plans to play collegiately at Pepperdine, was recognized late last spring as one of the top 60 West Coast prospects and was invited to the Under Armour All-America tryout in June.

The 6’4″ 240lb utility-man transferred to Aliso Niguel High School in 2018. Le Boida has played for the SoCal Mariners scout team and SoCal National Team Identification Series squad. He played in the National Class Championship in 2017 and batted .378 in his freshman year at JSerra High School.

Le Boida is anxious for the summer season to get started.

“I can’t wait to play for the Sweets,” Le Boida said. “I’m really looking forward to playing almost every day with the kind of talent that will be out there. I can’t wait to compete my hardest and see how I match up against the best.”