Son of former Major Leaguer sets off to make his own mark on the West Coast League this summer as a member of the Walla Walla Sweets. 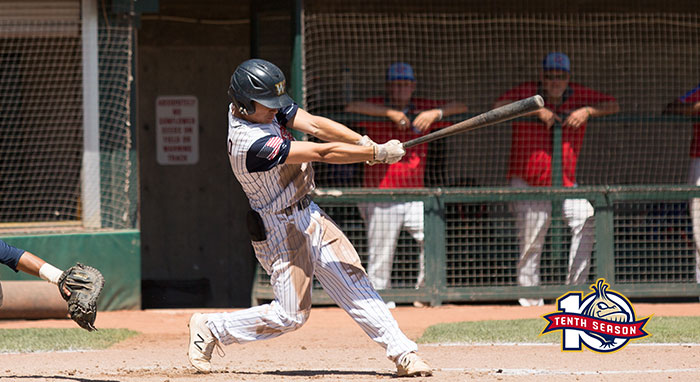 WALLA WALLA – Jeff Cirillo and his son, Connor, have at least a couple of things in common.
One excelled on high school baseball diamonds, the other is doing so presently.

Jeff played baseball at the University of Southern California. Connor will soon follow suit.
This summer, Jeff will be rooting on Connor when he ventures into the West Coast League wars as a member of the Walla Walla Sweets.

Connor, a past member of the Sweets select team and a Bellevue High School graduate to-be, has enjoyed his share of productivity in his first three years of varsity high school baseball. A soon-to-be, four-year starter and lead-off hitter, he’ll carry a career .334 batting average into this spring. Connor hit .412 in 2018 and is hoping to reach the .450 plateau this season.

The Medina, Wash., resident is hopeful he can bring success to a program in need of a boost.
“We have lost a lot of guys over the last two years,” Connor said. “It’s up to me and two or three other studs to carry the team. A personal goal that I have is to with MVP of the KingCo League.”

Connor, a participant in the 2015 Can Am Futures Series and Junior Northwest Championships, said his decision to play collegiately at USC was based on a childhood dream.

“I love California and playing in good weather,” he said. “I love the coaches and feel at home when I’m at the campus and with the team.”

His parents attending and his brother currently enrolled also factored in his wanting to be a Trojan, he said.

Connor, a past MLK Perfect Game all-tournament selection and a 2016 Perfect Game World Series competitor, said he is fired up to compete this summer for the Sweets.

“I’m excited to go up against a bunch of college kids to get some exposure to what it’ll be like at SC,” he said.

Jeff – a former Major Leaguer who played for the Colorado Rockies, Seattle Mariners, and Milwaukee Brewers, and is now a scout for the Los Angeles of Anaheim – said his fondest memories in pro ball included his first MLB game, a 2005 home run he struck in Pittsburgh while playing for the Brewers, and throwing batting practice to his sons in pro ballparks.

Not bad for someone seen as a longshot to make the 2005 Milwaukee roster, and who adjusted to Southern Cal after playing prior to that at a small Catholic high school in Burbank, Calif.
The elder Cirillo said he is proud of his son who possesses “a tremendous amount of courage, heart and fight.

“The (WCL) is a talent-filled league and all the players will be solid, older and, for the most part, have one year of college experience,” Jeff said. “My hope is he will continue to learn from a great coaching staff and enjoy the experience of it all.”