Father-Son Price duo to make their way to Walla Walla this summer. 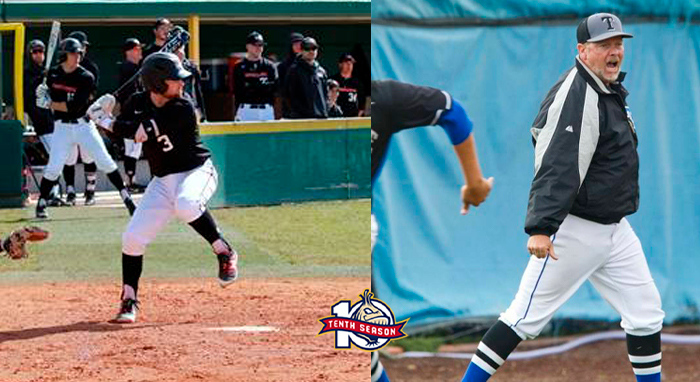 WALLA WALLA – To say that baseball has been an important part of Parker and Larry Price‘s lives is profound.

This father-son duo will soon make its way to Walla Walla and join the Sweets for the upcoming West Coast League baseball season – Parker as a player and Larry as an assistant coach.

Parker, who was a two-time Idaho Gatorade Player of the Year and a first-team all-conference infielder and pitcher while at Boise’s Timberline High School, is set to begin his second season at Northwest Nazarene University. He started all 50 of NNU’s games last season and hit .324 (60-for-185) with 26 runs batted in.

Parker said he loves playing at NNU and has developed life-long friendships along the way.

“We (have) a new coaching staff and the atmosphere is electric,” Parker said.

Price figures to be the No. 2 or 3 hitter in NNU’s lineup and will be depended on to play solid defense up the middle.

“I’m setting the bar high for my individual play to give our team a chance to win,” Parker said.

“I loved coming to Walla Walla and playing in front of a big, loud crowd,” Parker said. “I’ve heard from fellow college teammates the Sweets run a great summer program for their players and that the host families are awesome.”

Larry Price has coached baseball for 29 years and has coached 22 high school and American Legion state champions in Boise. He’s assisted more than 160 players to further their careers and play both professionally and collegiately in that time.

The elder Price has been an associate scout for the Atlanta Braves since 2010. He was with the Boston Red Sox from 1996-2003.

Larry Price played college ball at USC in 1983 and 1984, and played alongside the likes of Mark McGwire and Randy Johnson.

Price said he is looking forward to working with his son and Parker’s Sweets teammates.

“The other players will not know in any way that my son is on the team if our last names were different,” Larry said.

“He will bring (an) additional energy and work ethic to our summer club,” Parker said. “He will expect nothing but the best from me, and will push me to be a big contributor on and off the field.”