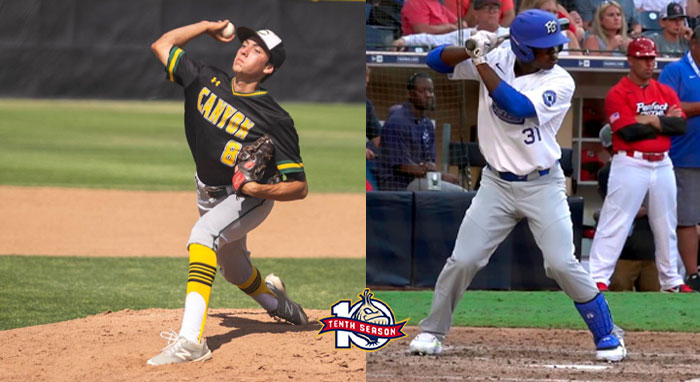 WALLA WALLA – A pair of high school seniors from southern California – who intend to further their baseball careers at UCLA – have agreed to play this summer for the Walla Walla Sweets, the West Coast League team announced Thursday.

Harrison was named to the Foothill League’s first team and the Cowboys’ most valuable player during his junior season. He posted a 3.56 earned run average, struck out 72 in 63 innings pitched, and hit .322 with 16 runs batted in for the Canyon Country-based school.

“My expectation for this season is to help my team to the playoffs – which we haven’t been to in six years,” Harrison said. “I’m looking forward to playing with the Sweets this summer against great competition.”

Dean socked four home runs during his junior year with the Friars. The Anaheim Hills native garnered Trinity League honorable mention status after hitting .297 against conference foes and achieving a team-leading .486 slugging percentage and a .400 on-base percentage – good for second on the ball club. He had 11 hits, five for extra bases, and drove in eight runs.

Dean is committed to improving upon his junior campaign.

“Lots of ups and downs,” Dean said. “But I got through it and learned from my failures.
“My expectations for this upcoming season (are) to give it all I got, to play the game the right way, and to play hard,” Dean said. “Just have fun out there and let my talents and athletic ability do its work.”

As for the Sweets summer season, Dean stated, “It’s such an honor and I am blessed to receive this opportunity to play for such a great team.”