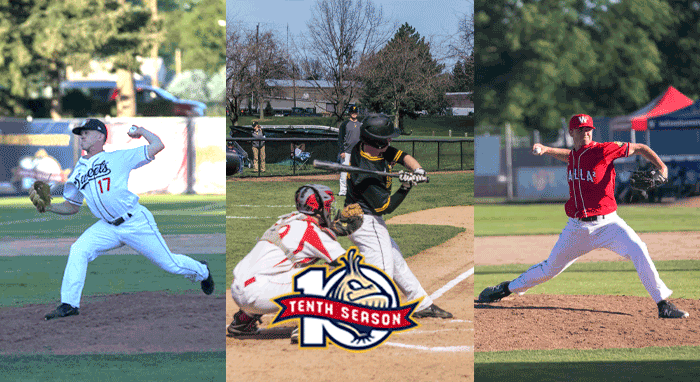 WALLA WALLA – Three members of the Walla Walla Community College baseball team – two of which suited up for the Walla Walla Sweets last summer – have committed to join the local West Coast League entry for the 2019 season, the team announced Thursday.

The trio looking to improve the Sweets 2018 record of 28-26 are pitchers Brayde Hirai and Michael Peterson, and outfielder Brandon Wagstaff.

Hirai won a team co-leading four games last summer and posted a 3.79 earned run average. He struck out 30 in 40.1 innings pitched spread out over 17 appearances.

“I’d like to carry on with how last summer went,” Hirai said. “I’m going to go into (the season) with the same mindset and get after it.”

Walla Walla manager Frank Mutz refers to Hirai as a “tremendous competitor and a heck of a clutch pitcher.”

“There were several occasions last summer we had to move up or change Brayde’s spot in the rotation,” Mutz said. “He was ready every time we handed him the ball.”

Peterson participated in 13 games during the 2018 season. He fanned 23 hitters and walked just eight in 33.2 innings. Opponents hit just .238 against him.

“We’re going to try and compete for and win the (Northwest Athletic Conference) Eastern Region,” Peterson said of his expectations for the spring. “I’m also excited and looking forward to playing for the Sweets and having another good year.”

Mutz is thrilled to have Peterson back in the fold this summer.

“He was extremely reliable,” Mutz said. “Once Michael started to use his change up more effectively, there were games last summer where he was unhittable. As Michael continues to get stronger and log more innings this spring, I’m certain he will be an arm we will rely on.”

The Warriors finished 18-12 in league, 30-20 overall, won the North Super Regional, and placed third in the NWAC Championships.

“We have a lot of young guys, but I think we (the Warriors) are going to be good,” Wagstaff said. “Playing for the Sweets is something I’ve wanted to do. It’s going to be a lot of fun.”

Mutz believes the cozy confines of Borleske Stadium will work to Wagstaff’s advantage.

“I love his slugging percentage and his ability to drive in runs,” Mutz said. “That sits at the top of our priority list when we talk about building our roster.”

“I’m excited for our guys to get the opportunity to be a part of such a great organization like the Sweets,” Speer said. “I have no doubt that they will represent Warrior baseball very well.”