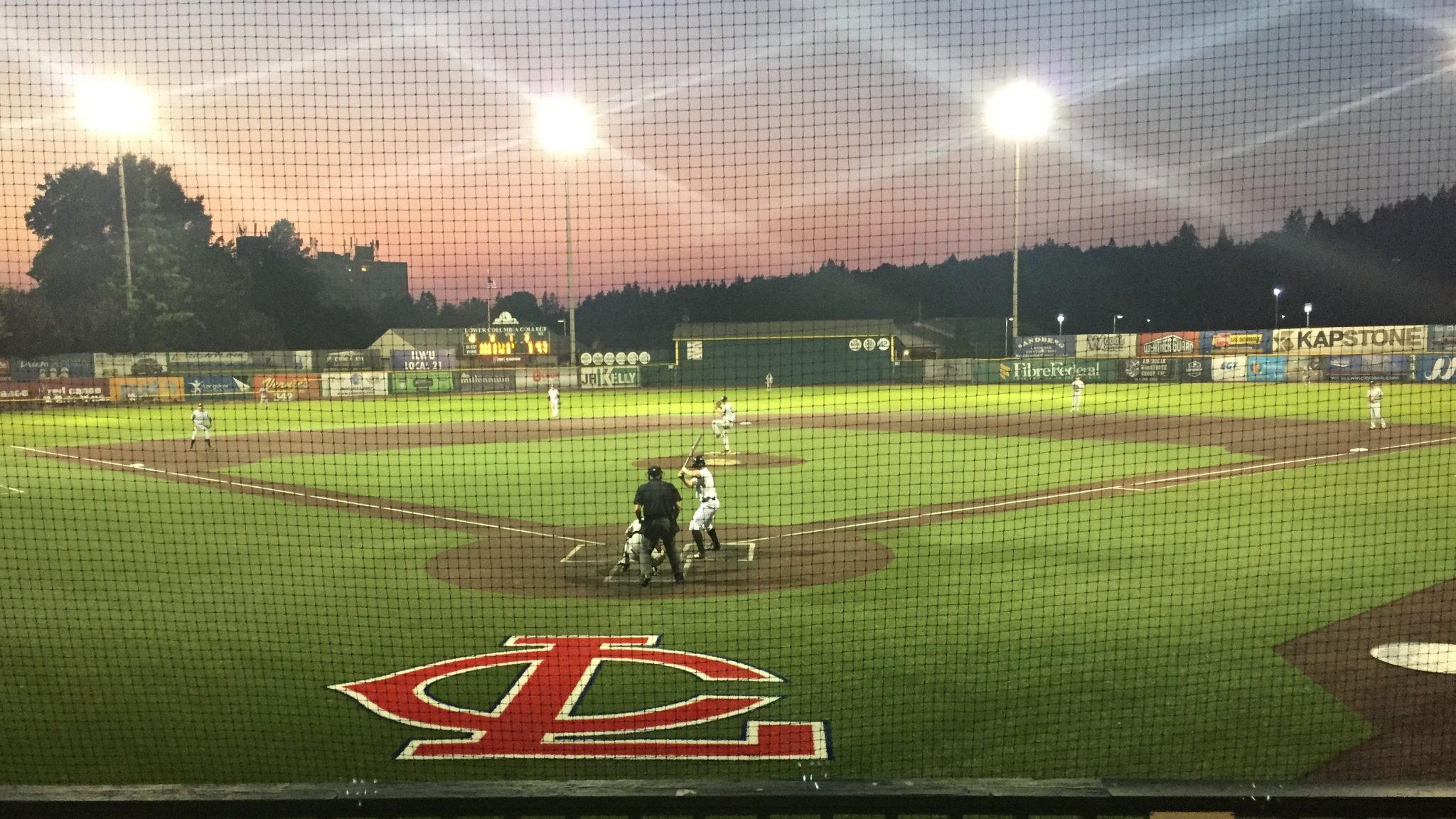 Longview, Wash. – It was not exactly pretty, but a win is a win in the dog days of the season. The Sweets took game two from the Cowlitz Black Bears by a final score of 5-3 at Story Field on Tuesday night.

The Sweets jumped out to an early lead in the top of the third inning. Tyler Pritchard led off the frame by singling into left-centerfield.

After a strikeout, Patrick Caulfield ripped a ball down into the left field corner. Pritchard tried to score from first but wound up being cut down at the plate for the second out of the inning.

With Caulfield standing on second after the double, Nick Nyquist hammered a ball into the left field corner to allow the run to score easily to make it 1-0. A wild throw in on the play put Nyquist at third, and a wild pitch to the next batter got back to the backstop to allow him to come home to make it 2-0.

It did not take long for the Black Bears to respond in the bottom of the fourth inning off Sweets starter Will Blackburn. Ryan Kim led off the inning by singling through the left side of the infield.

He then stole second base, and a low throw to the bag was kicked away and got out into left field which allowed Kim to move to third on the play. Austin Bell then drilled a single back up the middle to push across the run to make it 2-1.

Bell then stole second base as Blackburn retired the next two batters on a flyout and a strikeout. With two outs and a runner on second, Dutton Elske hit a slow roller out toward shortstop.

Matt Whitney failed to reel the ball in as it got past him for an error which allowed the runner to come all the way around and score from second base to tie the game at 2-2. The seesaw game continued as the Sweets took the lead right back in the top of the fifth.

Caulfield reached base with two outs on an error by the third baseman. Then on a 3-2 count and the runner in motion off first, Nyquist hammered a ball off the centerfield wall.

The hit resulted in an RBI double as Caulfield scored all the way from first to make it 3-2. Blackburn surrendered a leadoff walk to kick off the bottom of the fifth inning.

A pickoff attempt to first base was then wide and got out to the right field corner which moved the runner over to third base on the play. After a strikeout, a groundout to the shortstop allowed the runner from third to score to tie the game at 3-3.

It was all Walla Walla the rest of the way as the tie was short lived. Jordan Hovey strode to the plate in the top of the sixth inning and gave the Sweets the lead with one swing of the bat.

On a 3-1 count, he launched a ball over the right field wall for a solo shot to put Walla Walla back out in front at 4-3. Blackburn then came out and tossed a shutdown inning in the bottom of the sixth to end his evening on the mound.

He finished with an impressive outing, going six strong innings while allowing three runs, albeit just one earned, on three hits to go along with six strikeouts. Samuel Reed took over for the Sweets in the bottom of the seventh and put up another scoreless inning with just one hit surrendered.

Walla Walla was able to give themselves a bit of breathing room in the top of the eighth. Back-to-back singles kicked off the inning for Cesar Lopez and Hovey.

With runners on the corners and nobody out, Matt Elser lifted a ball into the deep part of left field. The hit was flagged down as the run came home to score on a sacrifice fly which extended the lead out to two at 5-3.

Jack Filby was then called on to shut the door, and he did just that. He took to the mound in the bottom of the eighth and threw back-to-back shutout innings while allowing just one base runner on a walk, in addition to striking out three.

That earned Filby a save and propelled the Sweets to victory by the final score of 5-3.

It is the final game of the 2018 season for Walla Walla on Wednesday night in Cowlitz. First pitch is scheduled for 7:05 PM.