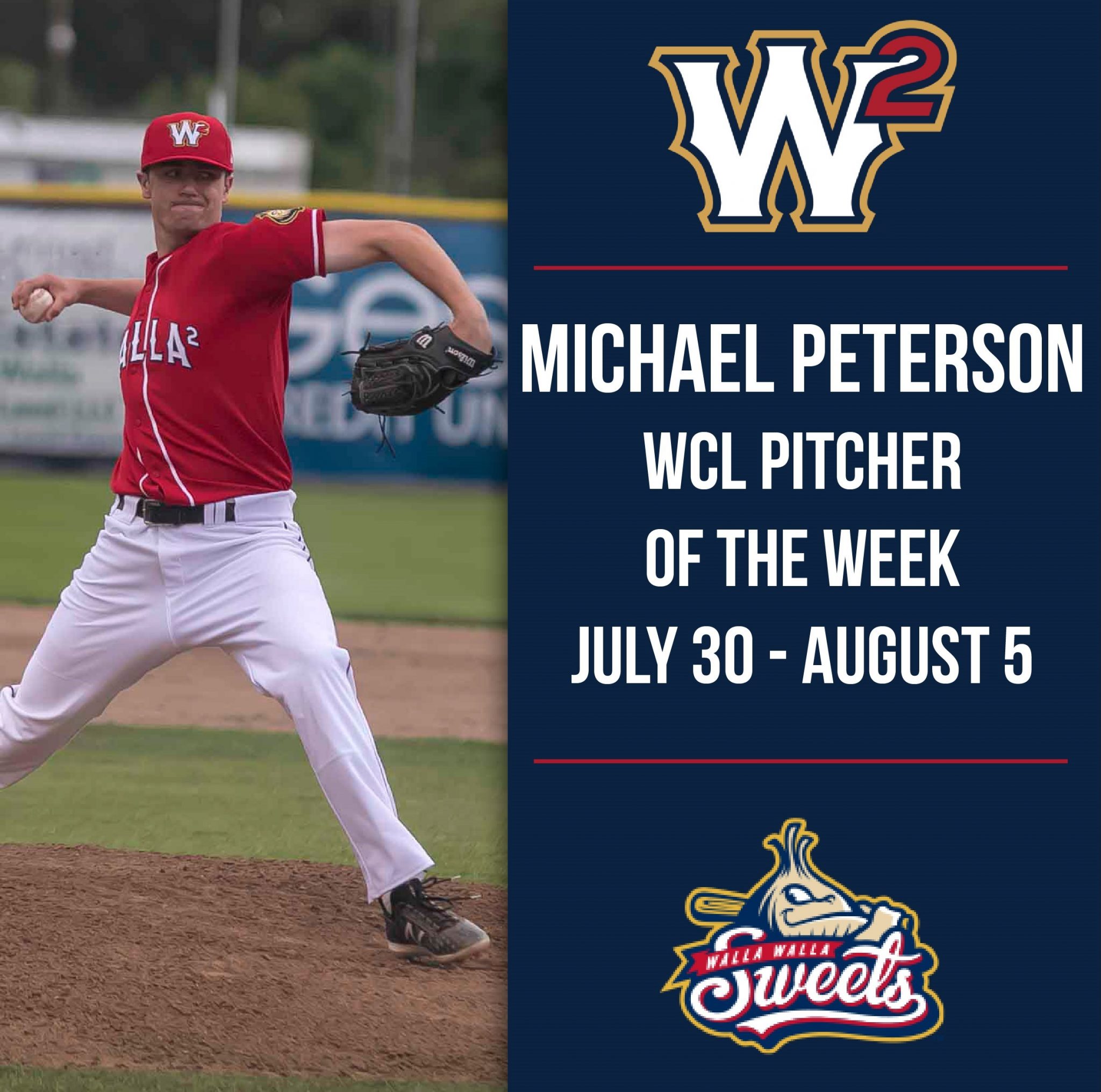 Walla Walla, Wash. – For the third time this season, the Sweets pitching staff has taken home a West Coast League award. Michael Peterson had been named WCL Pitcher of the Week for July 30 – August 5 after an impressive outing in his first start since the beginning of the season.

At Borleske Stadium on August 2, Peterson got the ball against the Kelowna Falcons and was virtually untouchable throughout the game. He tossed seven shutout innings while allowing just one hit, one walk, and struck out nine en route to earning the victory.

Peterson had his entire arsenal of pitches rolling that night and utilized his changeup frequently throughout the start to keep the Falcons hitters off balance at the plate. The Sweets needed that type of outing from Peterson on the night as they squeaked out a win behind the tremendous start by a final score of 2-0.

The tall right-hander from Walla Walla Community College has put together an excellent campaign in his first year with the Sweets. Peterson carries a 1-2 record with a 4.15 ERA and 27 strikeouts over 30.1 innings pitched on the season.