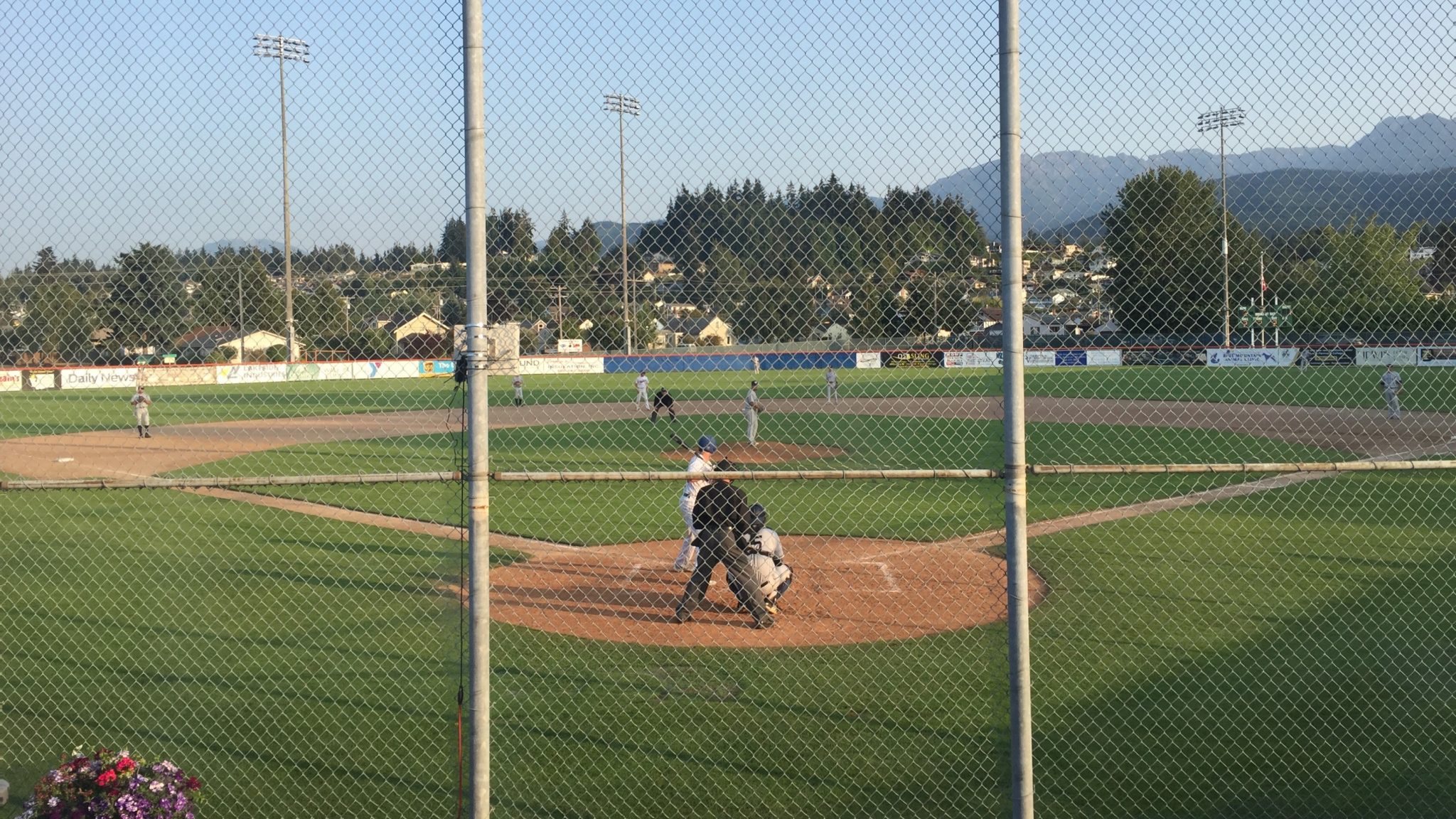 Port Angeles, Wash. – Even when both teams play a competitive game, ultimately only one team can win. That was the case as the Sweets dropped game two to the Port Angeles Lefties by a final score of 3-2.

The Sweets got the scoring started in the top of the second inning. They loaded the bases with one out on a pair of walks and a single.

Josh Prizina then lifted a ball down the line into left field. The left fielder could not make the play as the ball glanced off his glove for an error which allowed Cesar Lopez to score from third to make it 1-0.

Tyson Quolas got the start on the mound for the Sweets and he was rolling early. He sent the Lefties down in order through the second inning, including striking out five straight.

Quolas got bit by the long ball though in the bottom of the third inning. With a runner on first and two outs, Justin VanDerBrake drilled a shot over the left field wall for a two-run homerun to give Port Angeles the lead at 2-1.

That is where the score stood through the fifth inning as Quolas tossed a gem. He finished going five innings with just two runs and three hits allowed to go along with nine strikeouts.

Walla Walla finally tied things up in the top of the sixth. Tate Soderstrom led off the inning by drawing a walk.

A strikeout was followed by a Tyler Pritchard single to put runners on first and second with one away. Patrick Caulfield then flipped a ball just over the head of the shortstop and into left-centerfield for an RBI single to drive home Soderstrom which made it 2-2.

That wound up being all the offense the Sweets could muster as Riley Beneditti came on in relief for the Lefties and shut the door the rest of the way. Port Angeles ended up taking the lead in the bottom of the eighth on what was an incredibly bizarre play.

After back-to-back shutout innings in the sixth and seventh, Patrick Collins gave up a single with one out in the bottom of the eighth. That brought out Brayde Hirai for the Sweets, and he gave up another single to the first batter he faced.

Ben Fariss then took over on the mound with runners on first and second and one away. The Lefties then tried to execute a double steal and confusion ensued.

The runner from first went on the pitch toward second base, but the runner on second did not try to steal third. As a result, both runners were hung up around the second base bag with virtually nowhere to go without at least one of them being tagged out.

Prizina strolled out near the mound from behind home plate trying to chase both baserunners back to the second base bag. Instead of running them all the way back, he tried to throw the ball to second base.

The throw was launched over the head of both infielders and go out into centerfield. That allowed the runner from second to come all the way around to score which gave the Lefties the lead at 3-2.

The Sweets were able to get a runner in scoring position with two outs in the top of the ninth. Beneditti then got a punchout to end the game and seal the victory for Port Angeles by the final score of 3-2.

Walla Walla heads back to Civic Field for the rubber match of the series on Sunday afternoon. First pitch is scheduled for 1:05 PM.