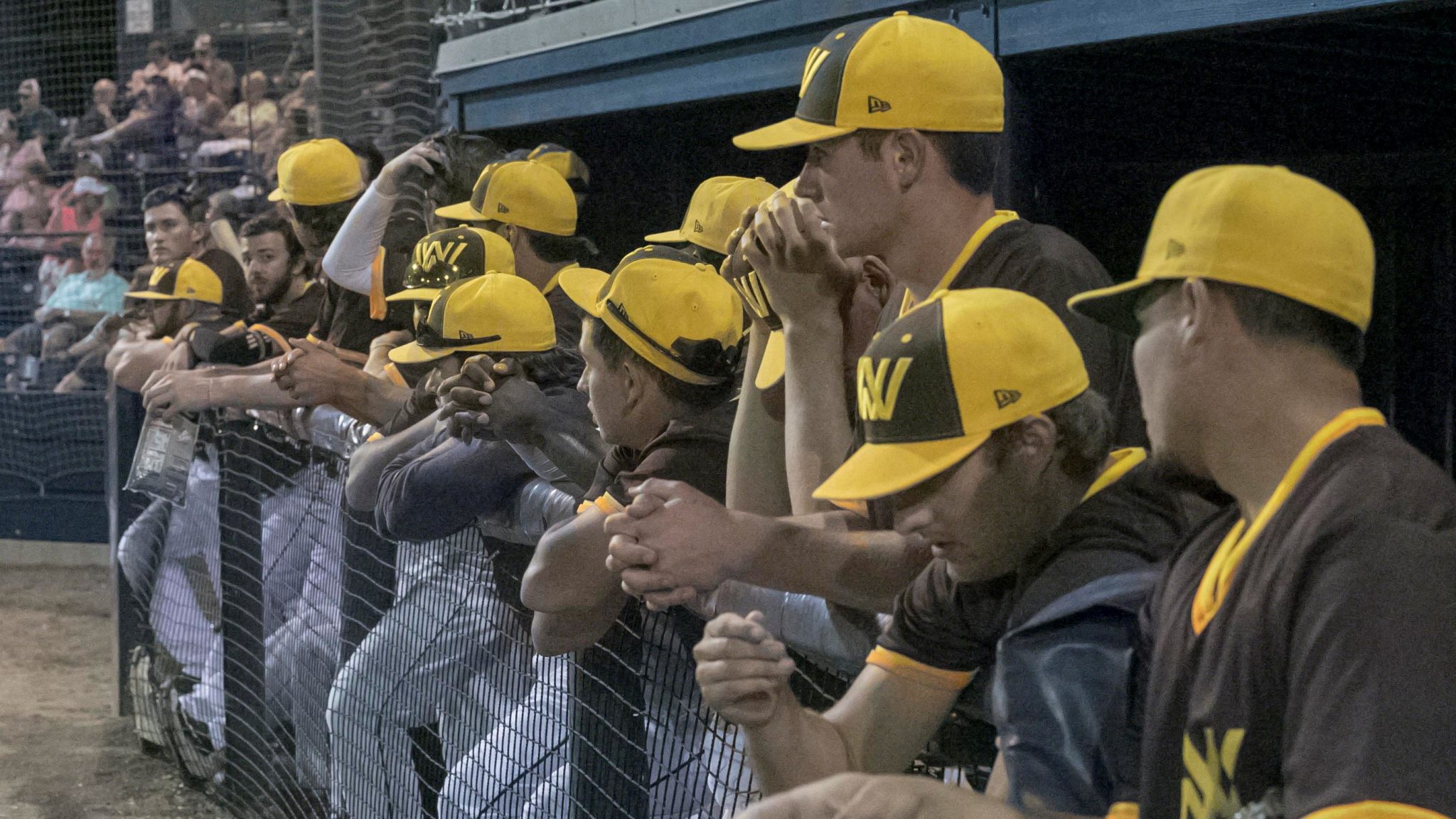 Walla Walla, Wash. – A team can play a great baseball game but still lose due to a lapse in execution in a few keys moments. That was the case as the Sweets dropped a hard-fought close game to the Bellingham Bells by a final score of 4-2 at Borleske Stadium on Thursday night.

Zach Penrod got the start for the Sweets coming off his nod as one of the top three MLB prospects in the WCL All-Star Game. He was sharp throughout his appearance but had to battle through a couple of tough innings in the first and second.

The Bells finally got to Penrod in the top of the third. With two outs in the inning, Matt James drilled a single through the left side of the infield.

Then Dusty Stroup hammered a ball deep into the right field corner that bounced up off the wall which resulted in an RBI triple as James came all the way around to score from first to give Bellingham a 1-0 lead. The Sweets mustered their only offense of the game in the bottom of the fourth inning off Bells starter Nick Hull.

Nick Nyquist led off the frame by ripping a single into left field. Jordan Hovey then drilled a ball deep into left-centerfield that eluded the grasp of the Bells centerfielder and got out to the wall for an RBI double as Nyquist came across to score to tie the game at 1-1.

Ben Fariss followed suit by smoking a double up the left field line that got out to the manual scoreboard which plated Hovey from second to give the Sweets the lead at 2-1.

Penrod’s day on the mound ended after the fourth as he finished with just the one run allowed on five hits to go along with seven strikeouts. Michael Peterson took over and immediately worked himself into a jam.

A double, a hit-by-pitch and a walk loaded the bases with nobody out for the Bells in the top of the fifth. That brought Bryce Moyle to the mound, and he was able to limit the damage for the Sweets.

He struck out the first batter he faced but then a slow roller to second base resulted in a groundout and an RBI as the runner from third scored to tie the game at 2-2. Still in a tough spot with runners on second and third and two outs, Moyle got a swinging strikeout to end the inning with just the one run having come across to score after inheriting the bases loaded nobody out jam.

The score remained tied until the top of the eighth when the Bells struck yet again. With Isaak Gutierrez on the mound, a bounding ball to third could not be fielded cleanly by Hovey which allowed the leadoff batter to reach on an error.

Then Cody Pasic looked to drop down a bunt on the first pitch of his at-bat but took a called strike which changed his game plan. He squared around to bunt yet again which pulled Hovey in at third. Pasic then pulled the bunt back and swung as he drilled a shot up the third base line that got out deep into left field for a double.

With runners on second and third and nobody out, Gutierrez pulled a slider that ran well off the outside part of the plate. The pitch got back to the backstop and allowed the runner from third to score on a wild pitch to give Bellingham the lead at 3-2.

Then a walk put runners on the corners with nobody out, and Matt McClain hit a slow roller to short. With no play at the plate, the throw went to first for a groundout and an RBI as the run came across to score to push the Bells lead out to 4-2.

Ben Leeper then came on for Bellingham in the bottom of the ninth and shut the door. He worked a one-two-three inning by striking out the side to earn the save and seal the win for the Bells by a final score of 4-2.

Walla Walla hosts Bellingham for the rubber match of the series on Friday night with first pitch slated for 7:05. Be sure to attend as there with be fireworks following the conclusion of the game!