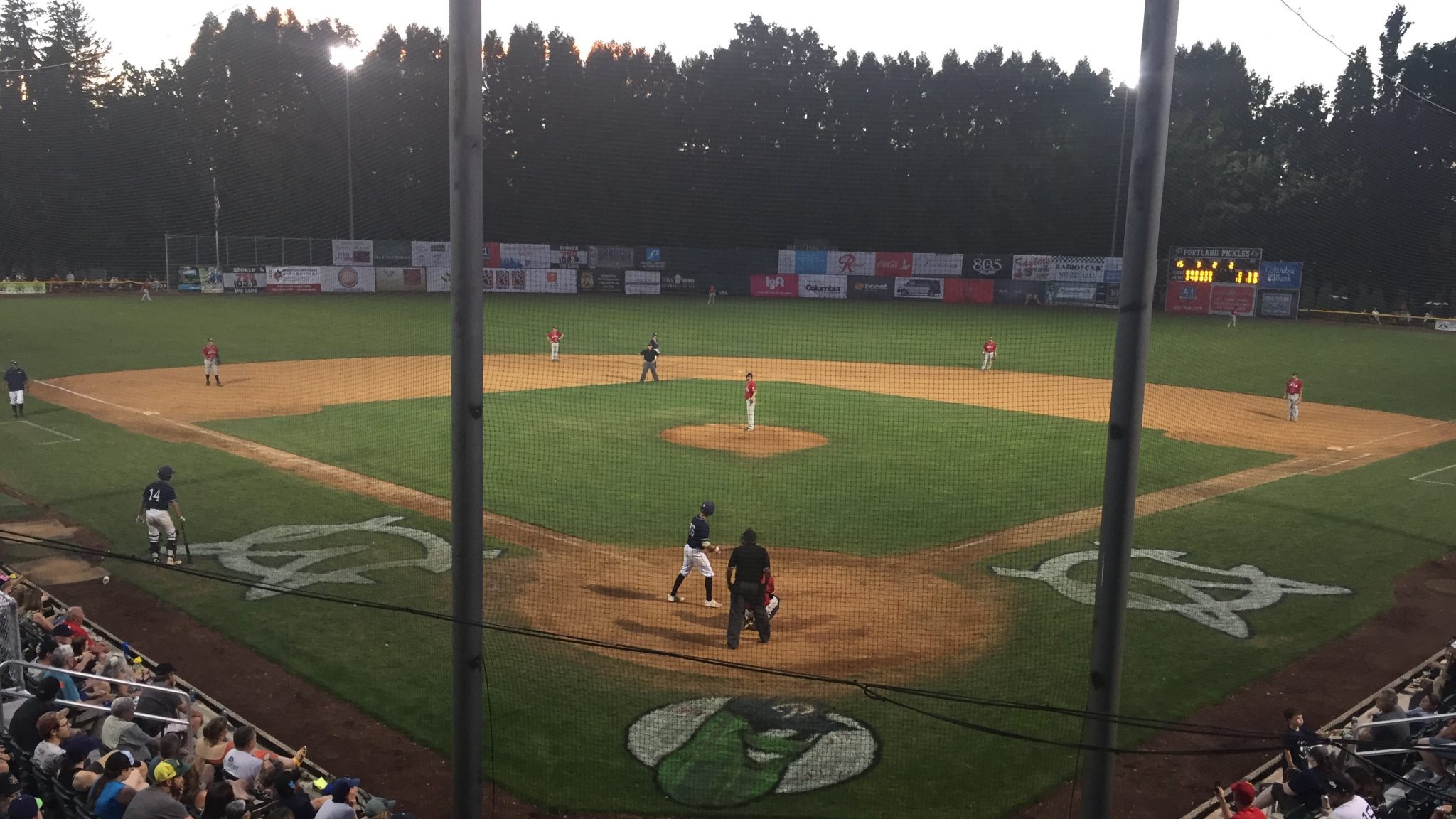 Portland, Ore. – No two baseball games are ever the same. As it turned out, all three games in the series between the Pickles and the Sweets in Portland were very, very different.

The Pickles defeated the Sweets handily at Walker Stadium on Thursday night by a final score of 12-0 to take the series 2-1.

Portland wasted no time in jumping out to an early lead off Sweets starter Darius Vines. The bottom of the first inning kicked off with a hit-by-pitch and was followed by a two-run homerun from Gio Diaz to make it 2-0 right out of the gate.

Things went from bad to worse in the bottom of the second inning for Vines. Back-to-back singles and a walk loaded the bases with nobody out in the frame.

A fielder’s choice to Walla Walla first baseman Nick Nyquist was relayed home for the first out of the inning with the bases still loaded. Then a hit-by-pitch once again to Portland leadoff man Carson Breshears pushed across a run to make it 3-0.

The wheels came off with Diaz at the plate and the bases still loaded with just one out. A passed ball and a wild pitch in the at-bat pushed across two more runs to make it 5-0.

Then with the runner on third, Diaz singled home the run to cap off the four-run inning and extend the lead out to 6-0 early. Vines day came to a close after just those two innings in what was an inexplicably uncharacteristic start for the Sweets ace.

Michael Peterson took over in the bottom of the third and threw extremely well over three innings of work. He allowed just two hits with no walks and no runs to keep the Sweets in the ballgame.

The lone bright spot offensively on the day for Walla Walla came in the top of the fourth inning. With one out and a runner on first, Nyquist ripped a ball down the left field line and into the corner for a standup double.

With that base hit, Nick Nyquist became the All-Time Career Hit Leader for the Walla Walla Sweets as he now has 123 hits over his three-year stint with the team. He also holds the team’s career records for games played, at-bats, stolen bases, runs scored, RBIs, and triples.

Things unraveled for Walla Walla even further in the bottom of the sixth inning as Portland put together a huge inning. Cole Schoepke took over for Peterson and promptly loaded the bases on back-to-back walks and a single to start the inning.

Breshears flared a single into shallow left field with the infield drawn in to push across a pair of runs and make it 8-0. Nick Strange then took to the mound for Walla Walla and surrendered a single to the first batter he faced to load the bases once more with still nobody out.

Then Mikey Perez lifted a ball deep into the left field corner that dropped in for a two-RBI double to extend the lead out to 10-0. A sacrifice fly to the warning track in left field scored another run for an 11-0 Portland lead.

Adding insult to injury, a wild pitch two batters later allowed Perez to scamper home to end the scoring in the six-run sixth inning as the Pickles held a commanding lead at 12-0.

Samuel Reed and Jordan Hovey finished the game out on the mound for the Sweets with both players not allowing any more runs to go up on the board. The Sweets could muster no offense in the game however as the margin stood and Portland got the win by a final score of 12-0.

Walla Walla heads back home on Friday to open up a two-game non-league series against the River City A’s. First pitch on Friday is scheduled for 6:35 PM.