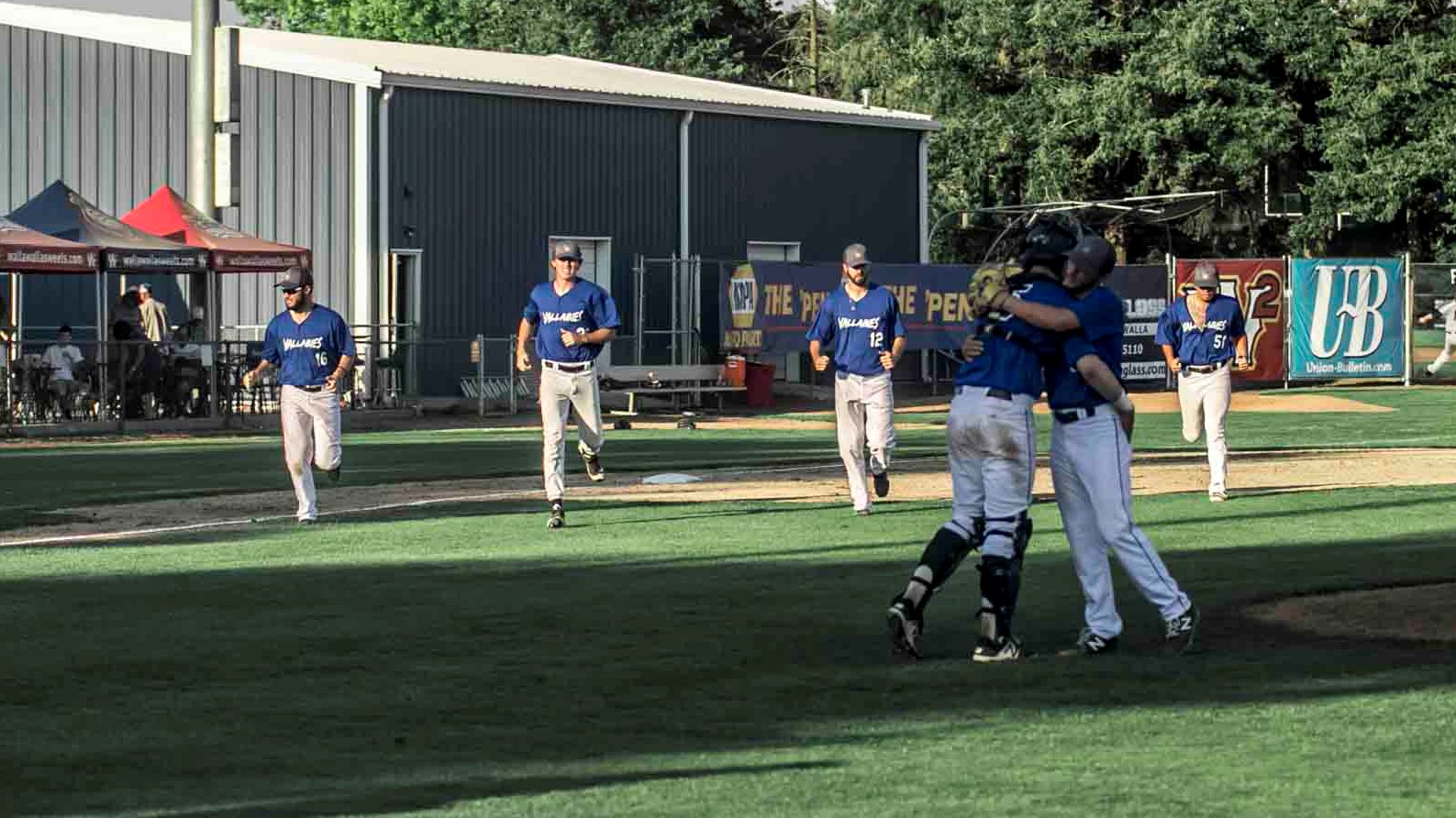 Walla Walla, Wash. – You simply cannot win if you do not score any runs, and the AppleSox learned that the hard way on Sunday afternoon. The Wallabies sealed the win and the series with a shutout against the Wenatchee AppleSox by a final score of 2-0.

Walla Walla tallied right away in the bottom of the first inning off AppleSox starter Curtis Bafus. Danny Sinatro reached on a single through the left side of the infield with one out.

He promptly stole second base and was then moved over to third on a groundout. So with a runner on third and two outs, Cesar Lopez yanked a double down the right field line to drive in the run and make it 1-0.

The only other offense in the game for the Wallabies came a few innings later in the bottom of the third. Sinatro once again reached base safely but this time on a walk.

After another stolen base for Sinatro, he stood on second with two outs in the inning. Then Nick Nyquist hit a grounder to short that went right under the glove of Wenatchee’s shortstop.

The ball got all the way out into left field to allow Sinatro to come all the way around and score on the error to make it 2-0.

Bryce Moyle got the start for the Wallabies and was lights out on the bump. He finished the game going six strong innings with no runs, just three hits allowed and five punchouts along the way.

Michael Peterson took over in the seventh and he worked an impressive shutout frame. He gave up a hit with one out in the inning but then struck out the next two batters to put up another zero on the scoreboard for the AppleSox.

It appeared as though the shutout was going to fall apart and in a big way in the top of the eighth inning. Ty Hueckman took over to start the frame and ended up surrendering back-to-back singles and a walk to load the bases with nobody out.

The Wallabies then turned to Ben Fariss to try to get out of the bases loaded nobody out jam with the lead still intact. He got a lineout to the shortstop Jack Filby for the first out of the inning with the runners staying put.

Then on a 2-2 count, Johnny Sage hit a hard ground ball to second base. Tyler Pritchard fielded the ball on a hop and flipped on to Filby at second who then relayed the throw to first just in time to cut down the runner for the groundout double play to end the inning which kept Wenatchee off the scoreboard.

Fariss stayed on to close out the game in the ninth, and he shut the door. A hit-by-pitch with one out was followed by a strikeout and a groundout to end the game and sealed the victory for the Wallabies by a final score of 2-0.

Walla Walla got back on track with the back-to-back wins as they are now 7-3 in WCL series this season with an overall record of 17-13. After an off day on Monday, the Wallabies head out on the road to take on the first-half WCL South Division champs, the Portland Pickles, for a three-game series with game one on Tuesday scheduled to begin at 7:05.