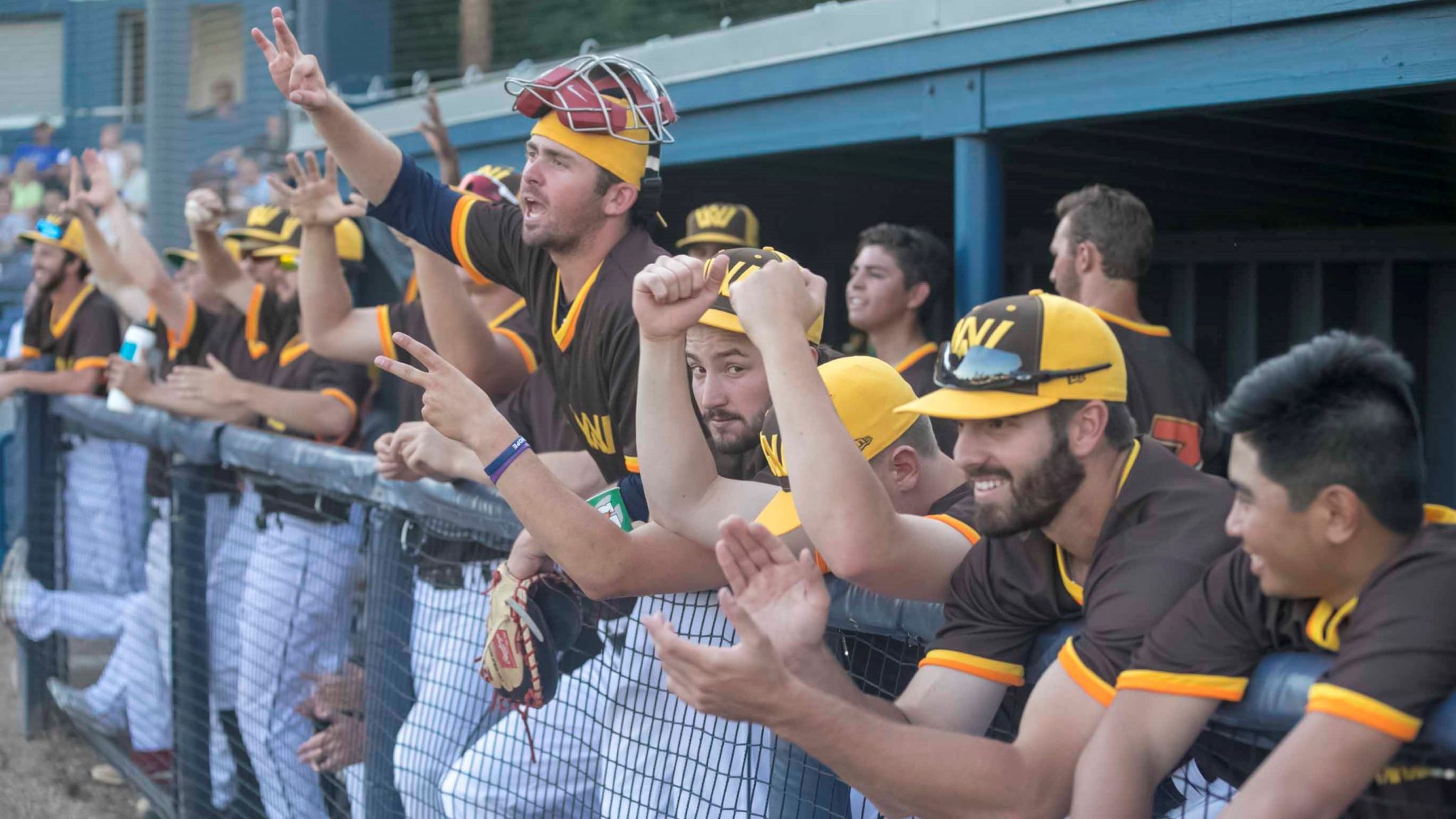 Walla Walla, Wash. – There is no way around it, it is way more fun to win than to lose. The Sweets got back to their winning ways on Thursday night as they took a non-league matchup against the North Sound Emeralds by a final score of 8-5.

The Emeralds jumped out to an early lead in the top of the third off Sweets starter Tanner Cunha. Jaden Yackley led off with a double down the left field line and was driven home on an RBI single by the next batter Drew Barlow to make it 1-0.

The Sweets wasted no time in answering right back as they took the lead in the bottom of the third. Quentin LaFontaine led off the inning with a walk and advanced all the way around to third base after a stolen base and a throwing error by the catcher.

Mitch Lesmeister then drilled a double into the left-centerfield gap to plate LaFontaine and tie the game at 1-1. A Haydn King groundout moved Lesmeister over to third with just one out in the inning.

Then with the infield drawn back, Ben Fariss grounded out to the second baseman, but the run scored to make it 2-1. A two-out walk to Matt Elser kept the inning alive for Josh Kutzke.

He then hammered a ball deep into right-centerfield for a standup double which scored Elser from first to push the lead out to 3-1. The Emeralds swung right back though in the top of the fourth off Sweets reliever Cole Schoepke.

A one-out walk and a wild pitch gave North Sound a runner in scoring position at second base. After a strikeout swinging, Peter Perkins dropped a bloop single down the right field line to score the runner and make it 3-2.

The Sweets responded right away in the next half inning. Tyson Quolas led the bottom of the fourth off with a double that one-hopped the centerfield wall for a standup double.

A groundout to the next batter moved Quolas over to third base with just one out. Then LaFontaine pushed a single into right field to score the runner from third to make it 4-2.

Once again LaFontaine wound up standing at third after a stolen base and a throwing error by the catcher. Lesmeister strode to the box and he smoked a line drive off the left field scoreboard for a double which scored LaFontaine to push the lead out to three at 5-2.

Walla Walla added on again in the bottom of the fifth. Kutzke led off the inning with a single and advanced to second after a flyout and a groundout.

So with two outs, Willy Chang came up and pushed a single into left field. Kutzke sprinted around the third base bag and a wide throw at the plate allowed him to score easily to extend the lead out to 6-2.

North Sound refused to go away quietly though as they tried to rally late. A strikeout and back-to-back walks in the top of the sixth put runners on first and second with one out.

That brought up Perkins and he doubled to left field to score the runner from second and trimmed the lead down to 6-3. Brian O’Rourke then took over on the mound for the Sweets, and he got out of the sixth but then ran into some trouble in the seventh.

Back-to-back singles to lead off the top of the seventh brought the tying run to the plate for North Sound. A sacrifice bunt moved both runners into scoring position at second and third with one out.

Then another pair of back-to-back singles scored both runners to cut the Sweets lead down to one at 6-5. Fortunately for Walla Walla and their fans in attendance, the team got some much-needed insurance runs in the bottom of the eighth.

Chang reached on an error but was cut down at the plate after a single by LaFontaine for the first out of the inning. A strikeout gave the Emeralds two outs, and it looked as though they may have a chance to rally back with just one run in the ninth.

That proved not to be the case though after back-to-back RBI triples by Zach Penrod and Ben Fariss gave the Sweets a pair of runs and some breathing room with the score now at 8-5. Jack Filby came on in the ninth and shut the door with a scoreless inning to earn the save and seal the win for Walla Walla by a final score of 8-5.

The Sweets open up their second half of the regular season hosting the Wenatchee AppleSox in a three-game weekend series. Game one on Friday is slated to begin at 6:35 PM.