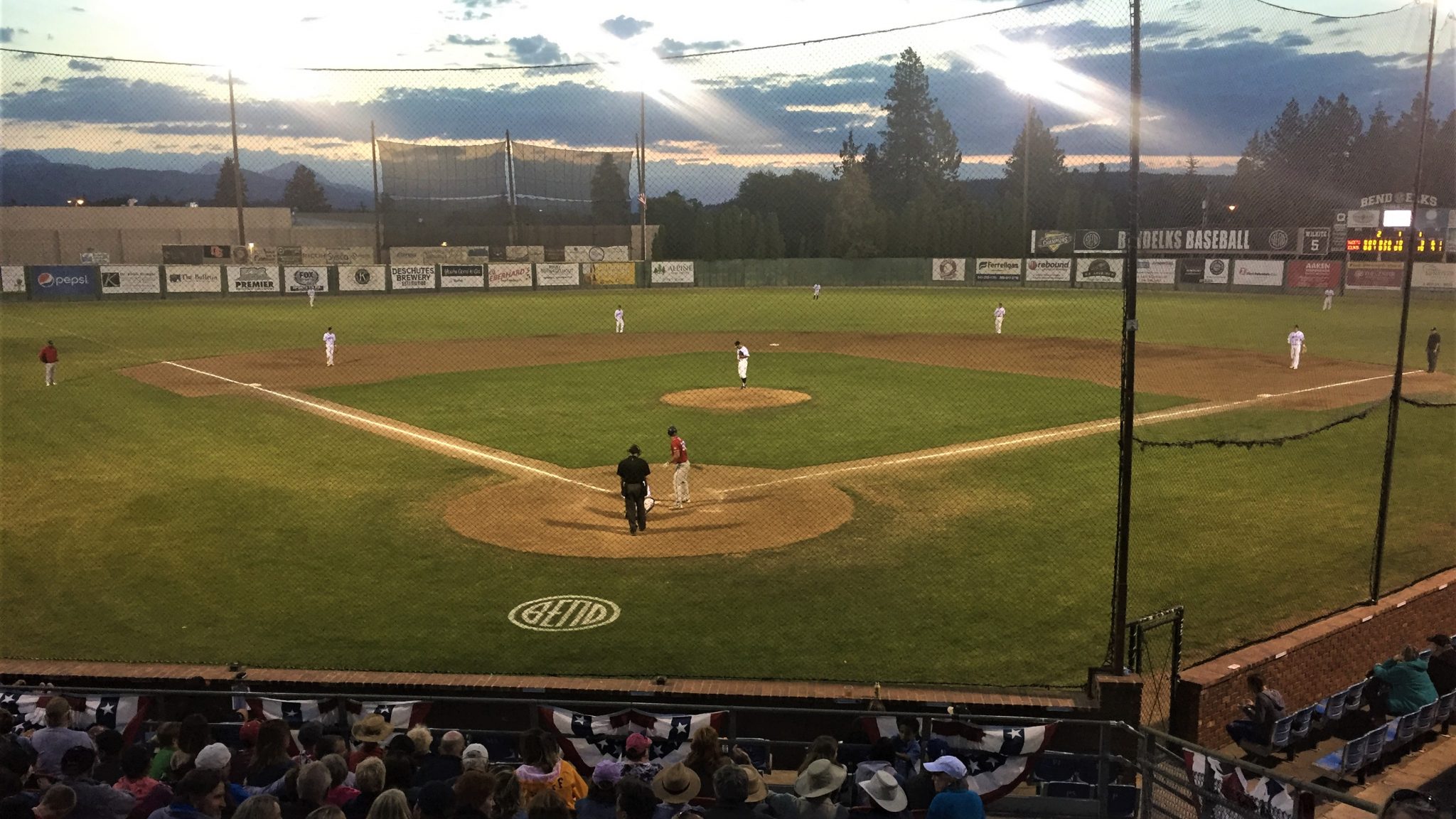 Bend, Ore. – The Sweets’ road trip started off with a rout in a win but ended with a rout in a loss as Walla Walla lost big to the Bend Elks on Wednesday night. The Elks got the win by a final score of 10-4 and sealed the three-game sweep against the Sweets.

Bend jumped out to an early lead on one swing of the bat in the bottom of the third inning. Kaiser Weiss came to the plate with two outs and drilled a solo homerun to left field off Sweets starter Tyson Quolas to give the Elks a 1-0 lead.

Walla Walla’s offense finally came alive in the top of the fifth as they pushed across a pair of runs. Nick Nyquist led off the inning with a double deep to centerfield that one-hopped the wall.

Jordan Hovey followed up by striking out swinging on a ball in the dirt for a dropped third strike. The pitch ended up getting well away from the catcher and back to the backstop.

The throw to first base from Health Pickhardt was low and bounced away from the first baseman Brandon Leitgeb. That allowed Hovey to reach first base safely and Nyquist to come all the way around and score from second base to tie the game 1-1.

A stolen base and a strikeout swinging put a runner on second base with one out for Willy Chang. He delivered a single to left field to score Hovey from second and gave the Sweets the lead at 2-1.

The lead was short-lived however as the Elks responded quickly in the bottom of the fifth. With one out in the frame, Tristen Alvarez powered a solo homerun over the left field wall to tie the game at 2-2.

A single and a walk put runners on first and second with still just one out in the inning, but then things started to unravel for Chang behind the plate. A passed ball to the next batter moved both runners into scoring position at second and third.

Quolas got a harmless pop out to the second baseman for the second out of the inning. Then another passed ball scored the runner from third to give the Elks the lead at 3-2.

With Ty Holmstrom still up to bat, he singled to centerfield to push across another run in the inning and extended Bend’s lead out to 4-2. It did not take long for the Elks to continue to pour it on as they blew the game wide open in the bottom of the sixth.

Isaak Gutierrez took over on the mound and surrendered a single and back-to-back hit-by-pitches to load the bases with nobody out. He got a harmless flyout to shallow right field for the first out of the inning but walked the next batter to push across a run and made it 5-2.

Samuel Reed then came on in relief and got a ground ball toward the first base hole to second baseman Tyler Pritchard. He tried to relay the throw to second, but it glanced off Hovey’s glove and got away which scored two runs on the play to make it 7-2.

A lineout to Danny Sinatro in centerfield kept the runners at first and second now with two outs in the inning. The Elks then got back-to-back doubles to score three more runs as their lead swelled out to 10-2.

The Sweets put a few runs together late, first in the top of the seventh. Cesar Lopez led off the inning with a double to give Walla Walla a runner in scoring position right off the bat.

Back-to-back strikeouts swinging kept Lopez put at second with two outs. Then a passed ball that was attempted to be fielded by both the pitcher and the catcher left home plate unattended, and Lopez came all the way around to score from second base to trim the lead down to 10-3.

Lopez provided another run in the top of the ninth. With two outs and nobody on base, he hammered a solo homerun over the right field wall to give the Sweets their final run of the game as the score stood from there at 10-4.

With the loss and the sweep, the Sweets finished the first half of the regular season with a record of 15-12 and fell just a few games short of first place. They will try to get back on track with a non-league game against the North Sound Emeralds on Thursday with first pitch scheduled for 6:35 PM.