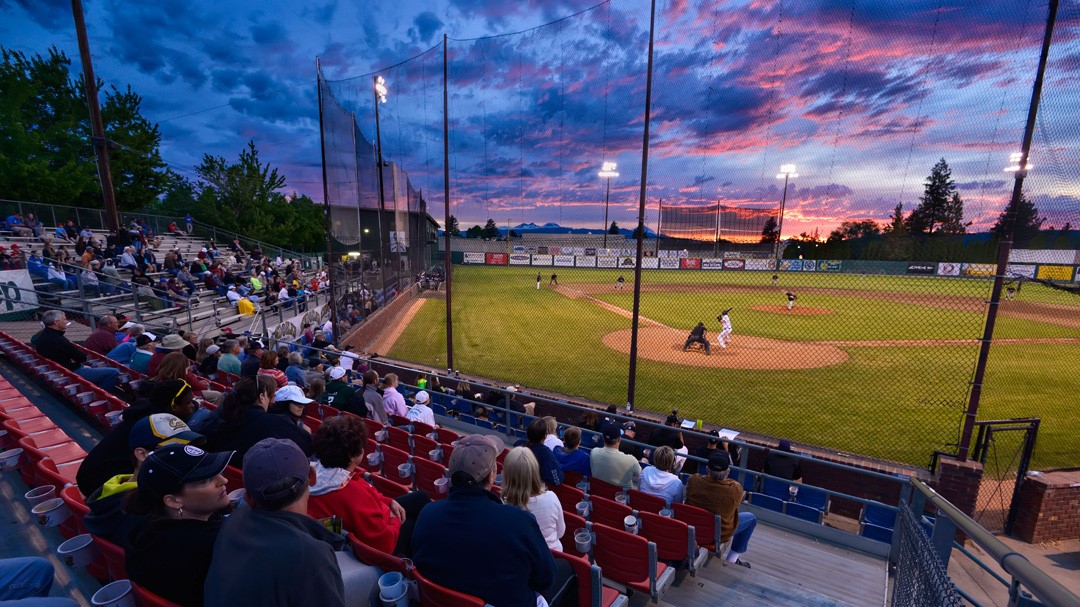 Bend, Ore. – The Sweets had been great in the first game of road series, going 3-1 in them so far this year. That proved to not be the case on Monday as Walla Walla dropped game one against the Bend Elks by a final score of 6-4.

The Elks tallied first in the bottom of the first inning off Sweets starter Bryce Moyle. The leadoff batter Nick Roberts reached on a hard-hit single back up the middle and was bunted over to second.

The next batter drew a walk to put runners on first and second with just one out. Then Alex Pallios singled to left field to plate Roberts from second and made it 1-0.

The Sweets answered with a run of their own in the top of the second off Elks starter RJ Robles. Zach Penrod led off the inning with a single and promptly stole second base.

A passed ball moved him over to third base with still nobody out in the inning. Then Jack Filby hit a ball deep to centerfield which was caught but allowed Penrod to score from third on a sacrifice fly and tied the game at 1-1.

With one out in the top of the third, Danny Sinatro hit a line drive to right field. John Arndorfer dove to try to make the grab, but he came up empty and allowed Sinatro to pull into second base standing.

Sinatro promptly stole third base which gave Ben Fariss a great RBI opportunity. He delivered a single through the left side of the infield to score the runner and give the Sweets the lead at 2-1.

Walla Walla added on in the top of the sixth after they loaded the bases with nobody out on two walks and a hit-by-pitch. A passed ball had Penrod trying to score from third, but a late reaction on the bases gave the catcher time to collect the ball and flip on to the pitcher covering for the out.

So with one out and runners on second and third, Josh Kutzke popped up to the first baseman, and it looked as though the great start to the inning was going to fall by the wayside. Matt Elser then strode to the plate and hit a ball off the pitcher’s mitt back up the middle.

The glance off the pitcher’s glove turned it into a slow roller to the shortstop. With Elser hustling out of the box, he reached first base safely and Filby came across to score to extend the Sweets lead out to 3-1.

Then the Elks started their comeback in the bottom of the sixth off Walla Walla reliever Michael Peterson. A single, sacrifice bunt, and a single put runners on the corners with one out.

Bend then executed a safety squeeze bunt with the runner on third stealing home. The relay home from Peterson got away from Elser which allowed the run to score to make it 3-2.

With runners on the corners again and still one out, Tristen Alvarez came to the plate. He flipped a single into left field to score the runner from third as the Elks tied the game at 3-3.

Wasting no time in taking the lead right back, the Sweets answered in the top of the seventh. Isaak Gutierrez led off the inning with a double down the third base line and advanced to third after tagging up on a deep fly ball to center.

So with one out and the runner on third, Walla Walla gave Bend a taste of their own medicine. Sinatro came up and dropped down a safety squeeze bunt with Gutierrez stealing from third, and he scored to make it 4-3 in favor of the Sweets.

The lead was short lived however as the Elks took the lead in the bottom of the seventh, and they did not look back. With Peterson still on the mound, he gave up a single and a hit-by-pitch to start the frame.

Then with runners on second and third and still nobody out, Ty Holmstrom lifted a ball just deep enough into centerfield to allow the runner to score from third on a sacrifice fly to push the Elks’ lead out to 6-4.

Sam Boone was called on to try to earn the save as he took over in the top of the eighth. He delivered in a big way as he retired all six batters he faced consecutively to shut the door and give Bend the win by the final score of 6-4.

The loss puts Walla Walla’s hopes of clinching first place in the WCL South division for the first half in serious jeopardy with the Portland Pickles rolling as of late. It is not over yet though as there is still a chance, but the Sweets must win their next two games to keep hope alive.

They get back at it against the Elks once again on Tuesday night with first pitch scheduled for 6:35 PM.