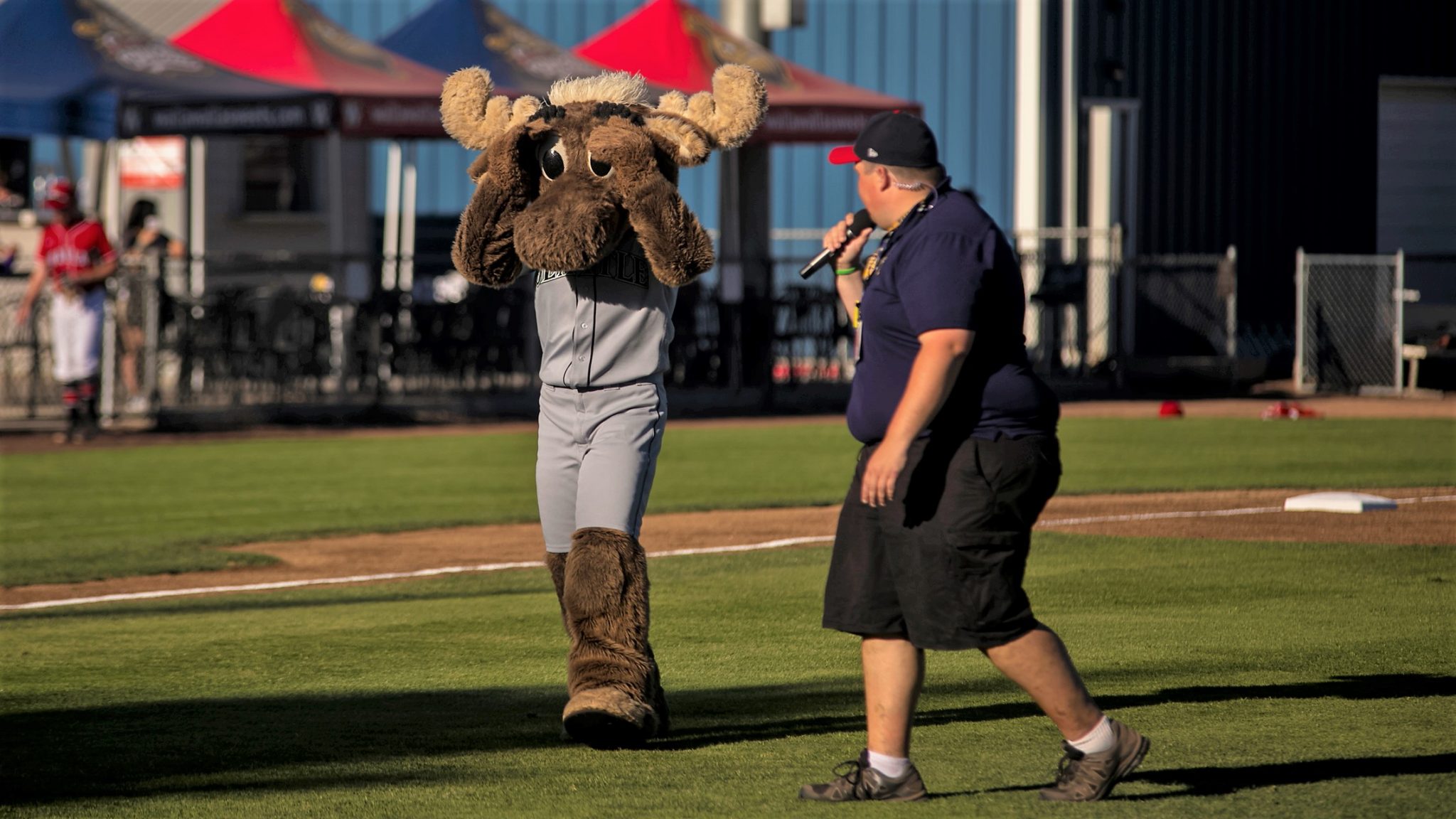 Walla Walla, Wash. – The Moose was loose and Walla Walla’s offense put on a show as the team got back to their winning ways on Tuesday night. The Sweets downed the Victoria HarbourCats in game two of the series on a Terrific Tuesday presented by Gesa Credit Union, with special guest Mariner Moose in attendance, by a final score of 6-1.

Victoria got out to an early lead on yet another defensive mishap by the Sweets. Jed Fagg singled to start off the top of the second inning off Sweets starter Ty Hueckman.

Then on a hit-and-run, Jack Smith hit a grounder to the third baseman Jordan Hovey and he airmailed the throw to first base as it got up the line into right field moving both runners into scoring position at second and third with nobody out. Michael Malinchak lifted a fly ball into centerfield just deep enough to score Fagg from third on a sacrifice fly to make it 1-0.

That proved to be the only run that Hueckman allowed in his outing as he settled in beautifully and battled through some tough innings early on. He ultimately finished his outing going six innings with eight strikeouts, just three hits allowed, and the one run, albeit unearned due to the error.

The Sweets jumped ahead in the bottom of the fourth inning as they tallied three runs with one swing of the bat. Two walks and a fielder’s choice put runners on the corners with two outs. Jordan Hovey hit a towering drive over the right field wall for a three-run homerun, giving Walla Walla the lead at 3-1.

Walla Walla tacked on to their lead in the bottom of the sixth. Zach Penrod led the inning off with a single, and back-to-back walks to Jack Filby and Hovey loaded the bases with one out.

All three runners stole as Willy Chang dropped down a safety-squeeze bunt which pushed across Penrod from third and extended the lead out to 4-1. Chang reached safely as the first baseman pulled his foot off the bag on the throw.

A few more insurance runs came in the bottom of the seventh. Danny Sinatro led off the inning with a ground rule double to right centerfield. A walk to Isaak Gutierrez and a single by Penrod loaded the bases with nobody out.

Cesar Lopez continued to swing a hot bat as he roped a single into right field and scored Sinatro from third. Then with one out and the bases still loaded, Hovey struck out swinging but the pitch eluded Victoria’s catcher and got to the backstop, which allowed Gutierrez to scamper home to make it 6-1.

From the seventh inning on, Ben Farris and Samuel Reed combined for three shutout innings with two strikeouts and four hits allowed. That sealed the victory for Walla Walla as they took game two from Victoria by a final score of 6-1.

The all-important series finale will determine if the Sweets can win their fifth straight series against WCL opponents with the game is scheduled for 6:35 PM on Thursday evening. With the Portland Pickles 17-2 drubbing of the Corvallis Knights, all three teams are tied for 1st Place in the WCL South. Eight games remain in the first half, meaning the Sweets are in the middle of an exciting mid-season pennant race.