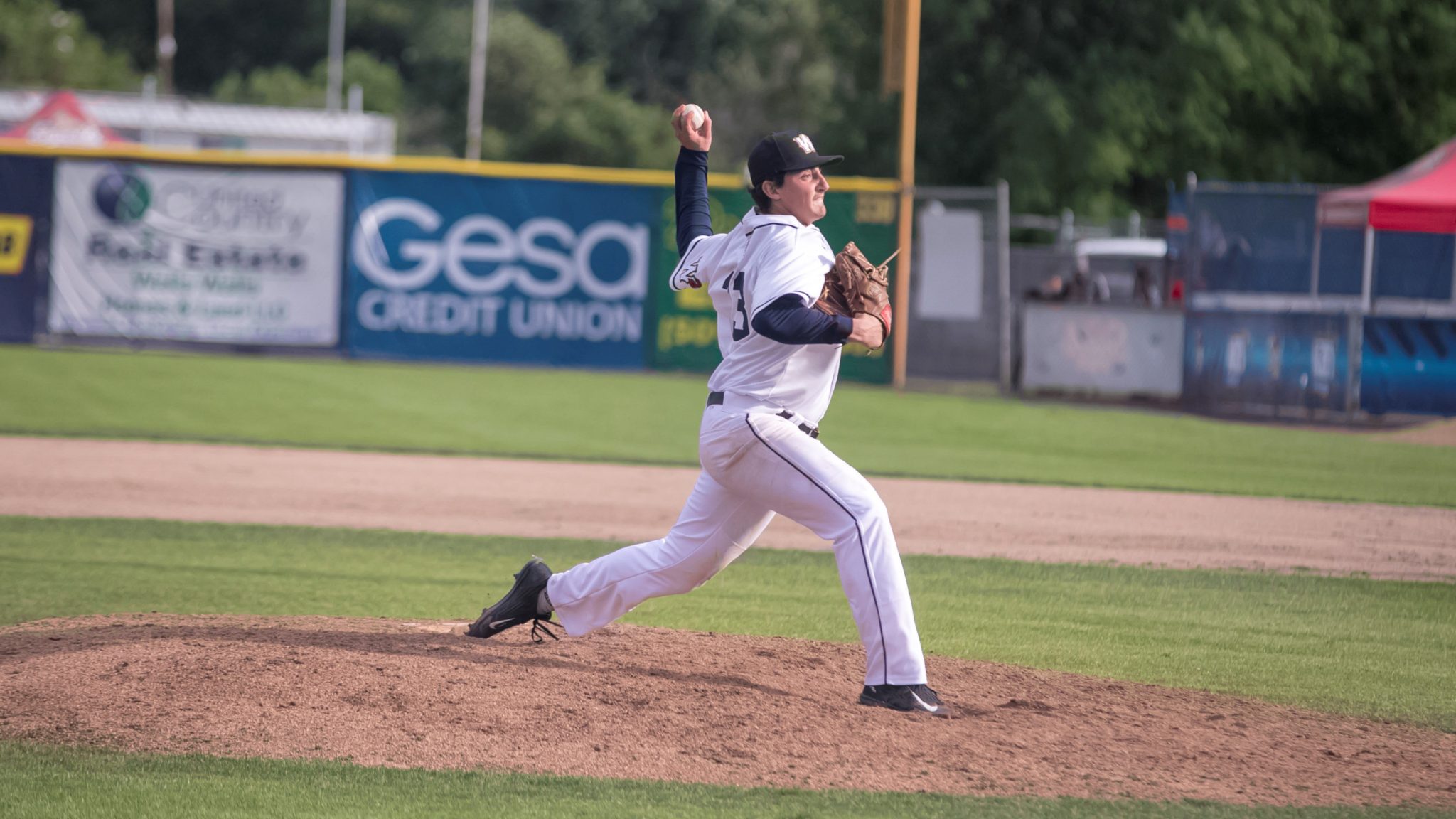 Walla Walla, Wash. – The Walla Walla Sweets had an offensive outpouring in the game on Sunday afternoon and downed the Bend Elks by a final score of 12-6. With the win, the Sweets move to 7-5 on the season and now lead the all-time series against the Elks 23-22.

It was a shaky start to the game for Haydn King, who began the game on the mound for Walla Walla. He walked two of the first four batters he faced and with two outs, gave up back-to-back RBI singles to give the Elks a quick 2-0 lead.

The Sweets wasted no time in responding offensive as in the bottom of the first Jack Filby led off with a single and was followed up by Ryan Johnston who doubled to give Walla Walla runners on second and third with nobody out. Cesar Lopez then dug in with one out and singled back up the middle to score the Sweets first run of the game.

Then with runners on the corners, Robby Teel smashed a shot to right field that got up into the wind and carried over the fence for a three-run homerun to give the Sweets a 4-2 lead.

In the bottom of the second inning, Isaak Gutierrez singled to lead off and was advanced to third on a single through the right side by Filby. Then Johnston drilled a double into the right-centerfield gap that got all the way out to the wall and scored both runners to make it 6-2.

Michael Warkentin led off the top of the third for the Elks with a double and eventually came around to score on an RBI single by Jerred Seamons to cut the Sweets lead down to three.

Walla Walla continued to pour it on though as in the bottom of the fourth they loaded the bases with two outs on a pair of singles by Filby and Nick Nyquist and then a walk to Lopez. That brought Teel to the plate again, and he delivered a single right back up the middle to score two runs and give him five RBI on the day. Lopez also came around to score on the play on a throwing error by the Elks centerfielder Ty Holmstrom that got away from the third baseman and into the Sweets dugout to make it 9-3.

King’s day on the mound came to a close after a long 108 pitch, five-inning outing. He did allow three runs but at times was electric, racking up nine strikeouts on the day.

The Sweets tacked on again in the bottom of the seventh as they loaded the bases with one out on a pair of walks and a hit-by-pitch. Zach Penrod would get an RBI on a groundout to the first baseman, but a walk to the next batter Filby would load the bases once again.

Johnston came up and drew a walk to score the runner Josh Prizina from third, and then a passed ball to Nyquist allowed Gutierrez to score the twelfth run of the game for Walla Walla.

The Elks put together a bit of a rally in the top of the eighth off Sweets reliever Tyson Quolas. He would retire the first batter but then allowed the next five hitters to reach base safely on three walks and two singles, giving Bend three runs in the inning to make it 12-6.

Samuel Reed then came on and got a ground ball double play to end the inning and limit the damage any further. Gutierrez was called on in the ninth to shut the door, and he did so successfully.

He sent the Elks down in order, one-two-three, to end the game and give the Sweets the victory in a high scoring affair by the final of 12-6.

The Sweets have an off-day on Monday but will take to the road on Tuesday to begin a three-game series against the Wenatchee Applesox with first pitch of game one slated for 7:05 PM.