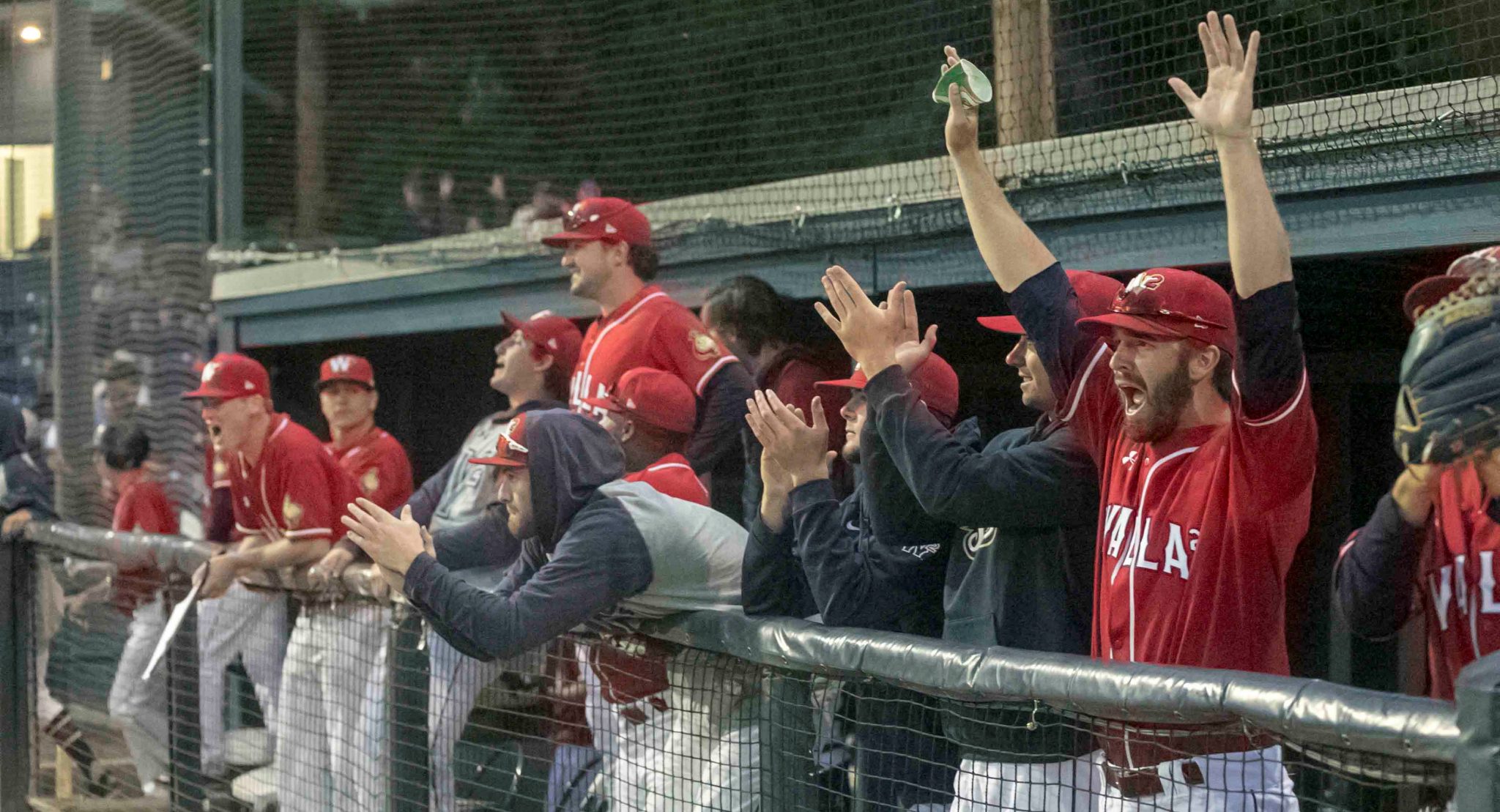 Walla Walla, Wash. – It was another wild finish for the Walla Walla Sweets and they would take home the victory by a final score of 8-7 over the Bend Elks. Walla Walla got the power bats going early but would have to rally late to come back to seal the victory.

Zach Penrod got the start for the Sweets and the hard throwing left-hander from Northwest Nazarene University was absolutely lights out on the mound. He tossed five scoreless innings and struck out eight Elks while only allowing two hits.

Walla Walla got on the board first as Nick Nyquist led off the bottom of the fourth inning being hit by a pitch. Penrod flied out to centerfield which brought Josh Prizina to the plate with one away and a runner on first and he promptly hammered a line drive deep into the left-centerfield gap that cleared the wall for a two-run homerun, the first homerun of the 2018 season for the Sweets, to give them a 2-0 lead.

Then in the bottom of the fifth, Mitch Lesmeister got plunked in the helmet with one away which resulted in him being replaced in the lineup by Tyler Pritchard. So with one out and a runner on first, Jack Filby strode in and launched a shot deep to right field for a no-doubt two-run homerun and extended the lead out to 4-0.

The Elks would start their rally in the top of the seventh inning as they got the first two batters of the inning on base via a single and a hit-by-pitch off Sweets pitcher Patrick Collins. A sacrifice bunt advanced both runners into scoring position and with one away, Ty Holmstrom smashed a double to right-centerfield and plated both runs to make it 4-2.

That brought Tanner Cunha to the mound for Walla Walla and he walked the first batter he faced to make it runners on first and second with one away. The next batter drilled a hard groundball to the second baseman Pritchard who could not field the ball cleanly to turn the double play and settled for the out at first which moved both runners up 90 feet and into scoring position once again in the inning.

The next batter Brett Auerbach stepped in and he delivered a double to left-centerfield to score both runners which tied the game at 4-4.

Carson Woolery then took to the mound for the Sweets and despite his early season success, he struggled to find outs early in his appearance. He gave up a leadoff single to Tristen Alvarez and the next batter Jake Holton came up and lifted a deep drive to right field that just barely cleared the wall for another two-run homerun, this time for the Elks, to make it 6-4.

A single and two stolen bases for the next hitter Michael Warkentin put him on third base, and with two outs, Jerred Seamons pushed a single through the left side of the infield to score Warkentin and extend the Elks lead out to 7-4.

The bottom of the eighth would prove to be the decisive inning for the Sweets as they were able to put together a comeback of their own. Ryan Johnston led off with a walk, Nyquist doubled, and Penrod walked to load the bases with nobody out in the inning.

Ace Embree then took over on the mound for the Elks and he promptly struck out the first two batters he faced, and it looked momentarily as though the Sweets rally hopes would be put to bed. That would prove not to be the case as Cesar Lopez strode to the plate and smoked a hard groundball past the Elks first baseman to score two runs easily.

Penrod got caught hanging off third base but the thrown back to the bag to try to retire him got up the line and into the left field bullpen which allowed him to score the third run on the play and tie the game at seven which also advanced Lopez to third base.

The next batter Jalen Garcia came up and he pushed a single through the hole between the third baseman and shortstop to score the runner Lopez from third and give the Sweets the lead once again at 8-7.

Then Samuel Reed came on to close the door in the ninth and he did so successfully in front of an energized crowd at Borleske Stadium. He sent the Elks down 1-2-3 with a strikeout, a flyout and a strikeout to end it to earn the save and give the Sweets the victory in a wild finish on Saturday night.

The Sweets square off with the Elks for the series finale on Sunday afternoon as they search for their fourth straight WCL victory and a series sweep with first pitch slated for 4:35 PM.