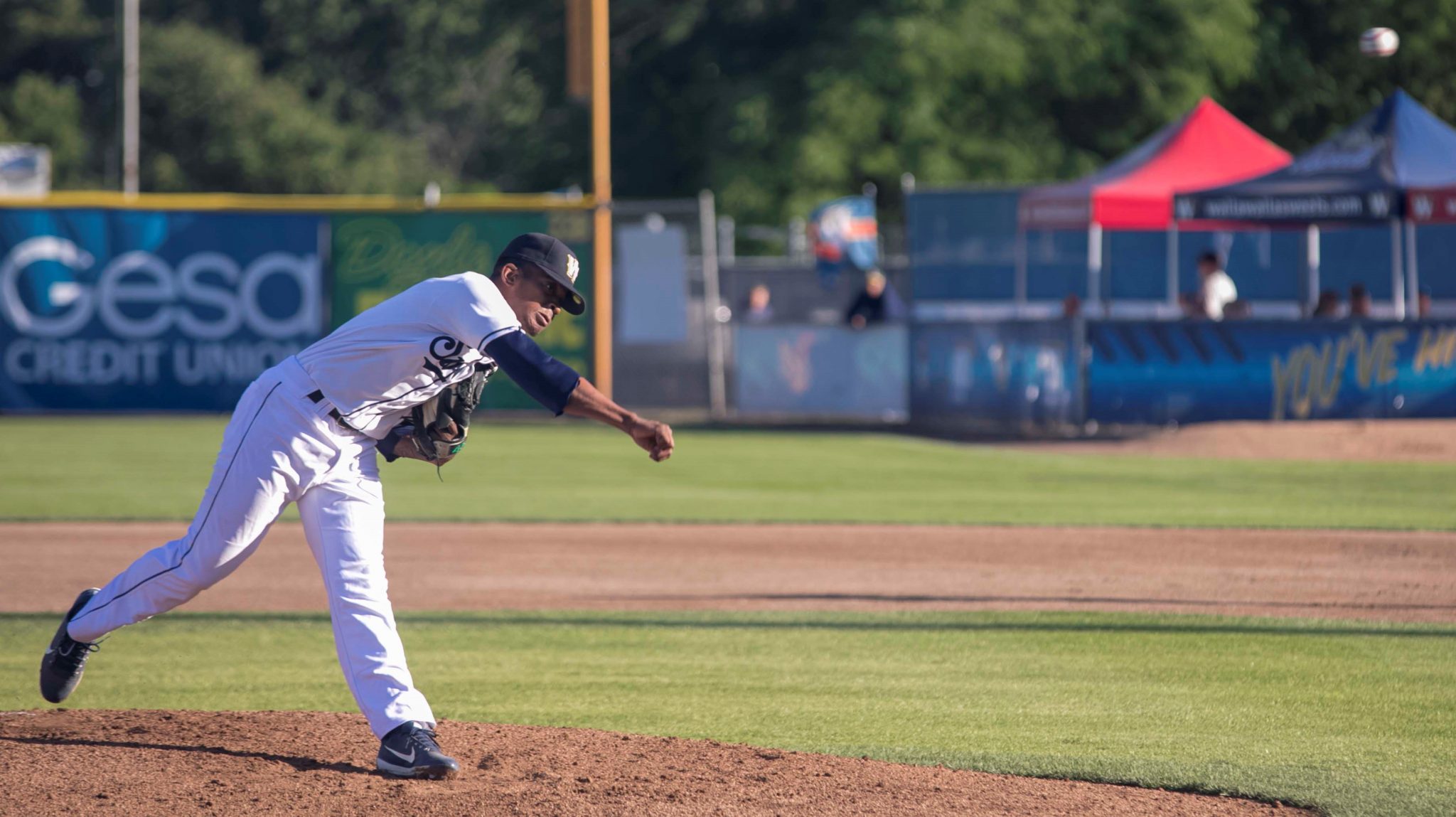 Walla Walla, Wash. – The Walla Walla Sweets took the victory in the opening game of the three-game series against the Bend Elks by a final score of 5-1. The Elks continued their streak of struggling to settle into games early, while the Sweets offense sustained their early run production from over the last few games.

It did not take long for the Sweets to get on the board in this one, as things quickly unraveled on the mound for Elks starter Brett Swartz. He gave up back-to-back walks to start the game to Jack Filby and Cesar Lopez, which brought Nick Nyquist to the plate and he promptly roped an RBI single into centerfield to score Filby and give the Sweets a 1-0 lead.

Zach Penrod then dug into the batter’s box and was hit by a pitch to load the bases with still nobody out. That brought up Robert Teel, who drew a four pitch walk to push across another run and extend Walla Walla’s lead out to 2-0.

So with the bases loaded and still nobody out, Tyler Pritchard strode in and ripped a single through the right side of the infield which scored two runs and pushed the lead out to 4-0 in the first inning.

Having the first six batters of the game reach base safely ended Swartz day without him recording an out and that brought Brennan Patterson to the mound for the Elks and he retired the next three Sweets hitters to get out of the first without allowing any more damage.

Walla Walla then scored in the third inning as they loaded the bases once again but this time with two outs, and a walk to Lopez would score Willy Chang from third to give the Sweets their fifth run of the game.

Darius Vines was just as terrific in the start on Friday as he was in his first start of the year, going five strong innings, striking out seven and only allowing four hits. The only blemish for him on the day came in the fifth inning when he fielded a dribbler back to the mound and his throw to first was wide and into the basepath which was unable to be snagged by Nick Nyquist and got up the line to allow an unearned run to score.

Sean Sullivan came on in relief in the sixth and the California, Berkeley commit shined once again as he threw three shutout innings and struck out four in what was yet another dominant bullpen appearance for the young right-hander. Tyson Quolas then took to the mound in the ninth and worked a 1-2-3 inning to close the books on the game and seal the victory for the Sweets.

The Elks and Sweets will square off for game two of the series Saturday evening at Borleske Stadium with first pitch scheduled for 6:35 PM.