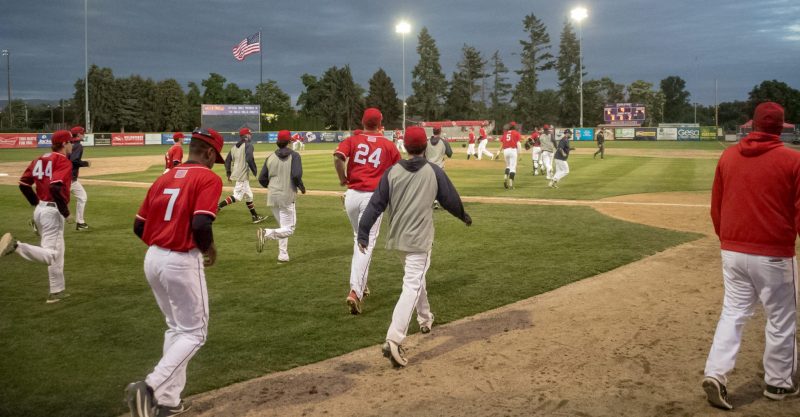 Walla Walla, Wash. – The Walla Walla Sweets were able to take home the victory in game two versus the Highline Bears by a final score of 6-4. The Sweets would get revenge by sweeping the Bears after having split the two-game series last year.

Michael Peterson got the start for Walla Walla and had a shaky start to his outing. He surrendered back-to-back base hits to start off the ball game, which allowed a run to come across to score for a quick 1-0 Highline lead. Then with two outs and a runner on third, Peterson gave up his third base hit of the inning back up the middle past a diving Jack Filby and allowed the second run to score in the inning to make it 2-0.

After the tough first inning however, Peterson settled in and dominated the next four frames. He retired 13 consecutive hitters and ended his outing on a high note as once he got rolling out on the mound he certainly did not stop.

Walla Walla finally answered offensively in the third inning, as Matt Elser lead off and drilled a double to left field. Jordan Hovey then came up and similarly double to left field to plate the runner Elser. Hovey got picked off second base for the first out of the inning, but Jack Filby and Cesar Lopez punched back-to-back singles back up the middle and gave the Sweets two runners on with just one out.

A past ball to the next batter Nick Nyquist moved both runners into scoring position at second and third, and then Nyquist lifted one just deep enough into left field to score Filby from third on a sacrifice fly. Also on the play, the ball got away from Highline’s catcher on a hard slide at the plate which brought home a hustling Lopez to give the Sweets a 3-2 lead.

In the bottom of the fourth, Tyler Pritchard and Josh Prizina hit consecutive singles to once again get two runners on for the Sweets. A strikeout and a flyout kept the runners on first and second now with two away, but Filby came up and drill a double deep into the left-centerfield gap and drive home both runs to extend the lead out to 5-2. 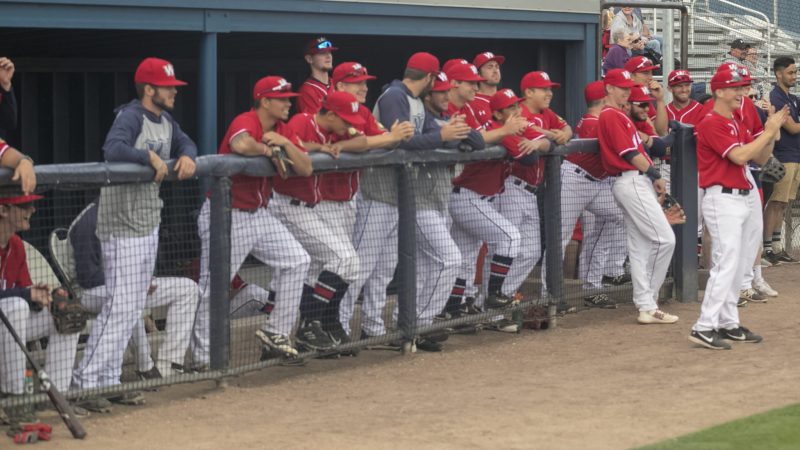 Going scoreless for the next few innings, the Sweets tallied once again in the bottom of the eighth after Mitch Lesmeister reached on a fielder’s choice, stole second base, and scored on an RBI double by Tyson Quolas to make it 6-2.

The Bears made things interesting in the top of the ninth as Jalen Garcia came on in relief for the Sweets. He retired the first two batters in order, but then Highline sparked a two-out rally.

Ben Wadowski got things started as he smoked a triple into the right-centerfield gap. The next batter Armond Swanson III drew a four-pitch walk to give the Bears runners on the corners.

A balk from Garcia pushed across Wadowski from third and moved Swanson III to second base, and the batter Clay Spacher then promptly doubled to plate another run and make the score 6-4. Another balk moved Spacher to third but finally with two outs and the tying run up at the plate, Garcia got Cody Simmons to ground out to the second baseman Lesmeister to end the game and seal the victory for Walla Walla.

The Sweets have an off day on Thursday but will be back in action on Friday as they return to league play and will host the Bend Elks in a three-game weekend series with first pitch on Friday slated for 6:35 PM.