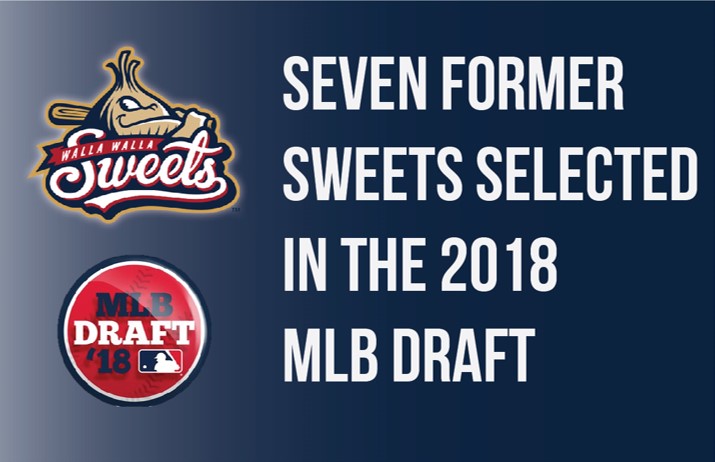 Walla Walla, Wash. – Over the last few days, seven former Sweets were selected in the 2018 MLB Draft. Of the seven selections, four of them went in the first 11 rounds.

McKenna played with the Sweets in 2015 as a senior coming out of Bishop Alemany High School in Mission Hills, California.

Duran was a member of the 2016 Sweets team and was one of the premiere players on the team.

Coming out of College Park High School in Pleasant Hills, California, DeMers joined the Sweets for the 2015 season and was one of the best arms on the team even at such a young age.

Capra was a member of the 2017 Sweets team and was exceptional both offensively and defensively.

Kopach played for the Sweets following his first year at SIU and was one of the team’s best hitters throughout the season. Following the 2018 season, he was named a finalist for the Brooks Wallace Award which recognizes the best college baseball shortstop of the year.