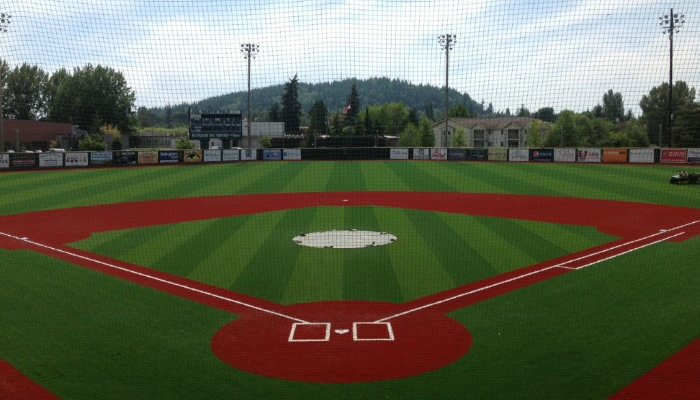 Bellingham, Wash. – It took a while, but the Sweets offense finally came back to life as they took the final game of the series versus the Bellingham Bells by a score of 5-1 in 13 innings. In a game that had no shortage of dramatic moments, the Sweets showed they possess the ability to come together as a team and close a game out when needed.

Haydn King (LHP) got the start for Walla Walla and had a strong showing in his 2018 season debut. He allowed just two hits in five innings of work but did allow the only run of the game for the Bells, albeit an unearned run, on an error with two outs in the bottom of the fourth inning by left fielder Tyson Quolas (OF).

With the Sweets not having scored in the previous 27 innings, they would finally push a run across the plate in the seventh inning of this one. Zach Penrod (Utility) led off the inning with a walk, stole second base, advanced 90 feet to third base on a bloop single by Matt Elser (Utility), and with one away in the inning, King would come to the plate and lift one just deep enough into centerfield to allow Penrod to come across to score on a sacrifice fly.

Samuel Reed (LHP) came on in relief of King and threw three solid innings but faced trouble in the bottom of the eighth. With runners on second and third and two away in the inning, the batter Dusty Stroup (IF) smoked a hard ground ball down the third base line, but Willy Chang (Utility) laid out to make the diving stop and in one motion got up and threw the ball in time to first base to retire the side and keep the game tied at 1-1.

Then in the bottom of the ninth, Brian O’Rourke (RHP) would take over on the mound and immediately beaned the first two batters he faced. The Sweets would then turn to Darius Vines (RHP) to try to work out of the jam and extend the game to extras.

The next batter, Marques Carlson (OF), tried to drop down a sacrifice bunt but the placement made it a tough play. Vines would come off the mound and field the ball cleanly but throw wide to first base resulting in second baseman Jordan Hovey (IF) having to lay out to corral the ball in, and he did so successfully to keep the ball on the infield with the runner reaching first base safely.

So with the bases loaded and nobody out in the inning, Vines would face what could be considered the most difficult situation possible for a relief pitcher with the winning run standing just 90 feet away at third base. Ben McKay (IF) promptly grounded out to the catcher Elser, who quickly fielded the ball out in front of home plate and tagged out the runner from third trying to advance home.

With one away and the bases still loaded, the hottest hitter in the West Coast League Jordan Stoner (OF) would stride in, and Vines rose to the occasion as he struck out Stoner for the second out of the inning. Guthrie Morrison (OF) dug in next and chopped a ground ball back over the mound, and on a tough play, Jack Filby (IF) would hustle in to field the ball and throw on to first to retire the side and send the game to extra innings.

In the top of the thirteenth inning, the Sweets would finally hit paydirt with a few fortunate bounces along the way. Chang would lead off the inning by drawing a walk which was followed by a botched bunt attempt that went foul with two strikes by Quolas for the first out.

Filby would come up next and hammer a ground ball to the second baseman Grant McCormick (IF), who was unable to field the ball cleanly and allowed both runners to reach base safely. Jalen Garcia (OF) would then deliver the biggest hit of the game as he drilled a single into left field that allowed Chang to come all the way around to score from second base to give the Sweets a 2-1 lead.

Hovey would draw a walk to load the bases and that would bring up Penrod who hit a hard ground ball to the second baseman McCormick, and he bobbled the ball which would force the Bells to take only the out at second base and pushed across another run on the fielder’s choice to extend Walla Walla’s lead out to 3-1.

Josh Prizina (Utility) would draw a walk to load the bases once again, bringing Elser to the dish. He would strike out swinging, but the drop third strike would get past the Bells’ catcher Cody Pasic (C) and allow two more runs to come across the plate giving the Sweets their final tally of five runs in the game.

Quolas would get his redemption on the mound as he was sensational coming on in relief in the tenth and throwing four shutout innings to close the book on the game and take home the victory as Walla Walla would win a wild extra-inning game by a final score of 5-1.

The Sweets will have a much needed off day on Thursday but will be back in action for their home opener on Friday night as they take on the Corvallis Knights with first pitch slated for 7:05 PM.