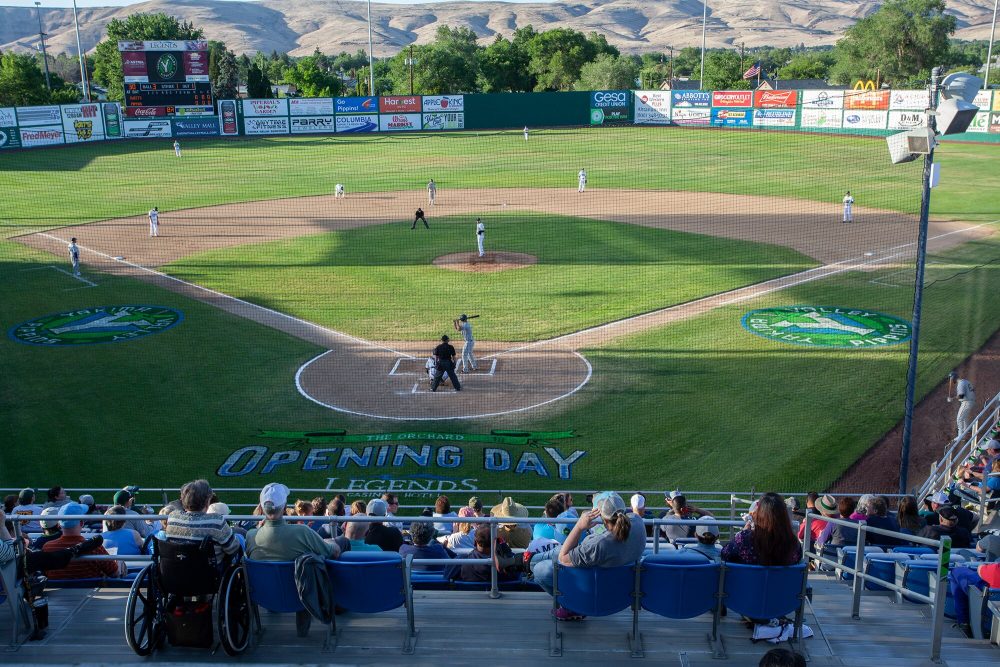 Yakima, Wash. – The Walla Walla Sweets took home the victory on the opening night of the 2018 season against the Yakima Valley Pippins by a final score of 3-2, marking their fourth consecutive victory in the first game of the season. Pitching and defense was the name of the game, and the Sweets managed to best in Pippins in both facets.

Walla Walla kicked off the first inning by drawing three walks off Pippins starting pitcher Tom Scheffler (RHP) but were only able to push across one run. With the bases loaded and one out in the inning, Josh Prizina (C) lined a base hit into right field to plate a run, but then chaos ensued.

Matt Elser (Utility) got caught between second and third, anticipating the lead runner Zach Penrod (OF) to be sent home on the base hit. When Penrod was held up at third, Elser got caught in a pickle and was tagged out, and as Penrod tried to break for home amid the pickle, he was tagged out sliding into home plate for the third out of the inning.

The Sweets would bounce back though and hold the Pippins in check as Sweets’ starter Bryce Moyle (LHP) allowed just one baserunner through the first two frames. Then in the third inning, the Pippins offense came alive as they struck for four base hits and scored two runs on a two-RBI single by Sam Mitchell (OF).

That would be the only scoring done by the Pippins in the game however, as Moyle went six strong innings allowing just the two runs and five total base hits.

Walla Walla’s offense arrived once again in the sixth inning when they took the lead and didn’t look back. Jack Filby (IF) led the inning off with a base hit and was followed up by Jordan Hovey (IF) who tried to lay down a sacrifice bunt but instead wound up with an infield single as the throw down to second base from Andrew Schleusner (C) was not in time to beat the speedy Filby.

Penrod drew a walk to load the bases with nobody out in the inning and then Elser lifted a fly ball just deep enough into centerfield to score Filby on a sacrifice fly to tie the game at 2-2. A double-steal by Hovey and Penrod put both runners in scoring position with one out and with the infield drawn in, Prizina drilled a ground ball to the shortstop Grant DeLappe (IF), who was unable to field the ball cleanly and ultimately had to settle for the out at first base which allowed Hovey to come in to score what would end up being the decisive third run of the game for the Sweets.

Tyson Quolas (LHP) came on in relief in the seventh inning and threw two impressive shutout innings, stranding the tying run on third base in both innings. Then in the bottom of the ninth, Carson Woolery (RHP) was called on to shut the door and he did just that, retiring the Pippins 1-2-3 with back-to-back punch-outs to end the game.

The Sweets will take on the Yakima Valley Pippins once again on Saturday, June 2 with first pitch slated for 6:35 PM at Yakima County Stadium.