Neyer will bring another great baseball mind to WCL leadership 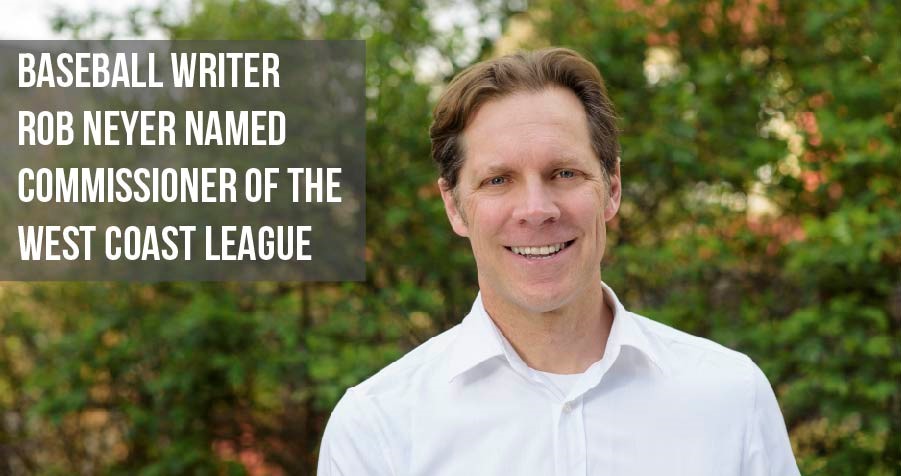 Walla Walla, Wash. – This morning, the West Coast League announced the addition of Commissioner to its league leadership structure, and that former ESPN and Fox Sports journalist Rob Neyer will be filling the position, effective immediately.

“We are thrilled to have Rob Neyer represent the West Coast League and act as our league’s commissioner,” said WCL president Tony Bonacci. “His knowledge of the game and passion for what we are doing, not to mention his contacts in baseball, should help us elevate the league to new heights.”
“We can’t be more pleased that Rob has joined us as our commissioner.”

Currently residing in Portland, Oregon, Neyer is baseball writer known for his pioneering use of statistical analysis and sabermetrics and began his career working for Bill James and STATS, Inc.

He’s also worked for 15 years as a columnist and blogger for ESPN, and was National Baseball Editor at Vox Media’s SB Nation from 2011 to 2013, then Senior Baseball Editor for Fox Sports through 2015. His recent work has been featured in The New York Times, Vice Sports, Complex Sports, and Yahoo, among others.

“I’m a passionate, longtime fan of baseball history generally, and Pacific Northwest baseball specifically,” Neyer said. “So it’s difficult for me to imagine a more exciting opportunity, and I’m honored to be associated with such a fine organization. This summer, as I connect with the owners and visit all the beautiful ballparks, I’ll do everything I can to help this great league become even greater.”

WCL members will look to the league’s new commissioner to arbitrate and regulate during the season; to further connect the league and its teams with the baseball community, its markets and those that follow the game; and to act as a league ambassador.