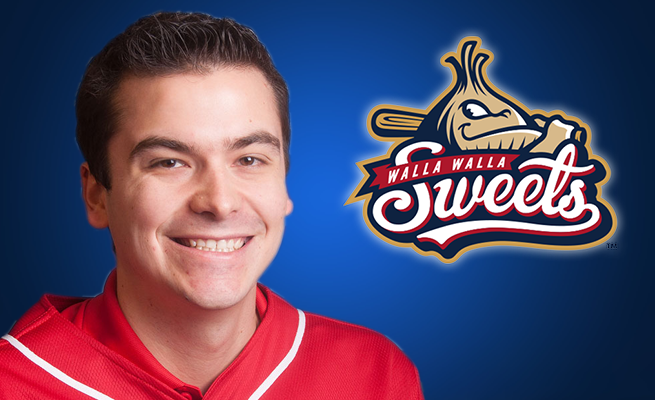 Cody Miller, a three-year member of the Walla Walla Sweets front office, has been named general manager of the organization, which competes in the West Coast League.

Miller, who has a degree in sports management from Washington State University, joined the team as an operations intern for the 2017 season. That fall, he was promoted to a full-time employee, focusing on ticket sales, sponsorship development and stadium operations. His role was expanded prior to the 2019 season to include overseeing food and beverage operations at Borleske Stadium, in addition to his duties as assistant general manager.

“Baseball has a great history in Walla Walla, and I’ve had the privilege of meeting people in the area who not only are great Sweets fans, but really care about the organization and our goals and expectations,” Miller said. “We want to build on that as we move into our 11th season, and grow our partnership base and our fan base.”

Miller’s promotion follows the departure of Zachary Fraser, who will end his active role as of Nov. 30, 2019. Pacific Baseball Ventures (PBV) selected Fraser to start the Sweets in 2010 as general manager and team president, and also the Yakima Valley Pippins in 2014. He informed the PBV partners that he would not be returning for the 2020 season, and has been working with both teams to prepare an effective transition plan.

“We appreciate Zachary’s many contributions over the years and welcome Cody, who in many ways represents the development opportunities this team and league represent. It is a tribute to Zachary that Cody is ready to assume these additional responsibilities,” according to Seattle Mariners’ Chairman and PBV partner John Stanton. PBV partner Peter van Oppen noted, “they are big shoes to fill but we are eager to watch Cody build on the Sweets’ already solid foundation.”

Both teams have also produced several professional players, including at the major league level — 2013 Walla Walla alum Matt Hall joined the Detroit Tigers in September 2018 and 2011 Sweets alum Eric Yardley advanced to San Diego Padres this past August. Reed Garrett, the Pippins’ opening day pitcher in 2014, made the Tigers’ Opening Day roster this past spring.

Fraser will pursue other ventures after leading the first 10 years of Sweets baseball and the first six years of the Pippins.  “I am excited for Cody to have this opportunity in Walla Walla and for Pippins GM Jeff Garretson to expand his role in Yakima,” said Fraser. “They are both talented leaders in a good position to continue the long-term success that we’ve built over the last 10 years.”

“My family and I love Walla Walla, have developed dear friends in Yakima, and are excited to leave the Sweets and the Pippins in good hands as we pursue our next story,” he said. ”A decade is a long time in the West Coast League!”

Miller is leading the search for a new Sweets manager for the 2020 after the departure of Frank Mutz, who managed the team from 2015-2019.

Season tickets, mini plans and flex plans are currently on sale for the 2020 season at the Sweets office in downtown Walla Walla and will be ready for purchase online no later than Jan. 15, 2020.