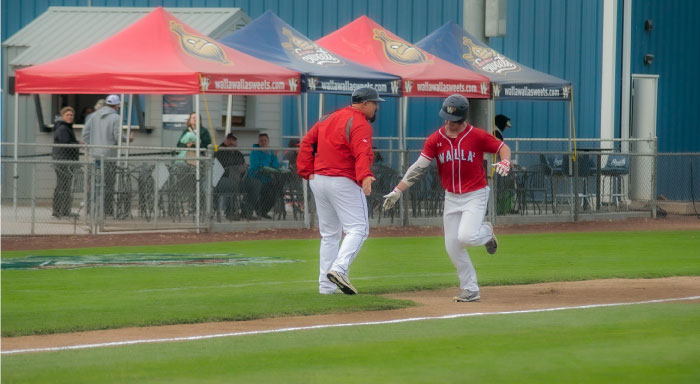 Patrick Caulfield has been selected by the WCL as the Player of the Week for the week of June 4-9. The recognition is presented by Moss Adams, the official accounting firm of the West Coast League.

Caulfield has led off the season for the Sweets, and has paced the offense to a league-leading 7.83 runs scored per game. He is hitting .560 on the season, with an OPS of 1.287.  In addition to his prowess at the plate, he leads the league with 7 stolen bases.

Caulfield, who signed with the Sweets late in 2018, is currently enrolled at Santa Barbara City College.

“We’re are excited for Patrick,” said manager Frank Mutz. “He is a big reason our offense has been so strong to start the season.”

The Sweets are off to the best start in franchise history, sitting at 6-0 as they enter a 2-game non-league match-up against the Highline Bears on Tuesday, 6/11 and Wednesday 6/12.