Sweets’ Elia to move from PA to Play-by-Play 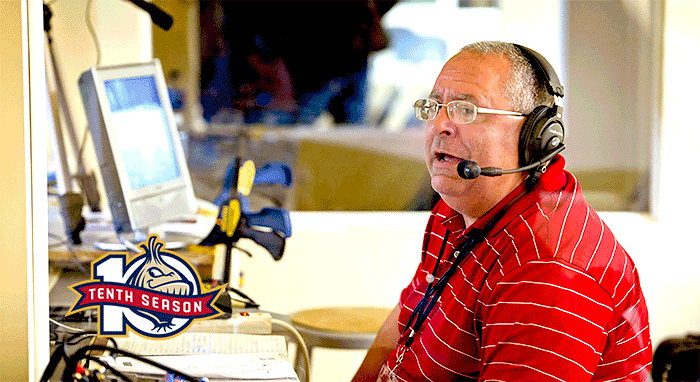 WALLA WALLA – The Walla Walla Sweets of the West Coast League have announced that longtime play-by-play commentator Roy Elia has been hired to be the baseball club’s lead broadcaster and media relations director.

“Sports play-by-play has been an important part of my life,” Elia said. “I am very much looking forward to working with the organization and broadcasting the 10th season of Sweets baseball.”

“Roy has been a leading voice in local play-by-play and has terrific on-air skills as well as experience writing about sports in our community,” Sweets general manager J.C. Biagi said. “Like many local sports fans, I’ve been listening to his broadcasts since my youth and have great memories that connect his voice to some significant local sports moments.”

Previous radio experience included a stint as color commentator for Wa-Hi and DeSales football games from 1983-86.

“He has an uncanny ability to build a meaningful rapport with his listeners and I love that some fans are already well-familiar with him,” Biagi said. “Roy can describe the momentous occasions on the field and render an authentic picture for those who aren’t able to attend on a given night. We couldn’t be happier that he agreed to do this.”

Elia was public address announcer for the Sweets the past two summers, and has handled those responsibilities for Northwest Athletic Conference, Walla Walla Community College and high school athletics, and local American Legion baseball.

He is a 1981 graduate of DeSales High School and received an Associate of Arts degree from WWCC in 1983.

The Sweets will continue to build on momentum gained from video broadcasts in 2018 and offer fans both audio and video options directly from their website wallawallasweets.com during the 2019 season.