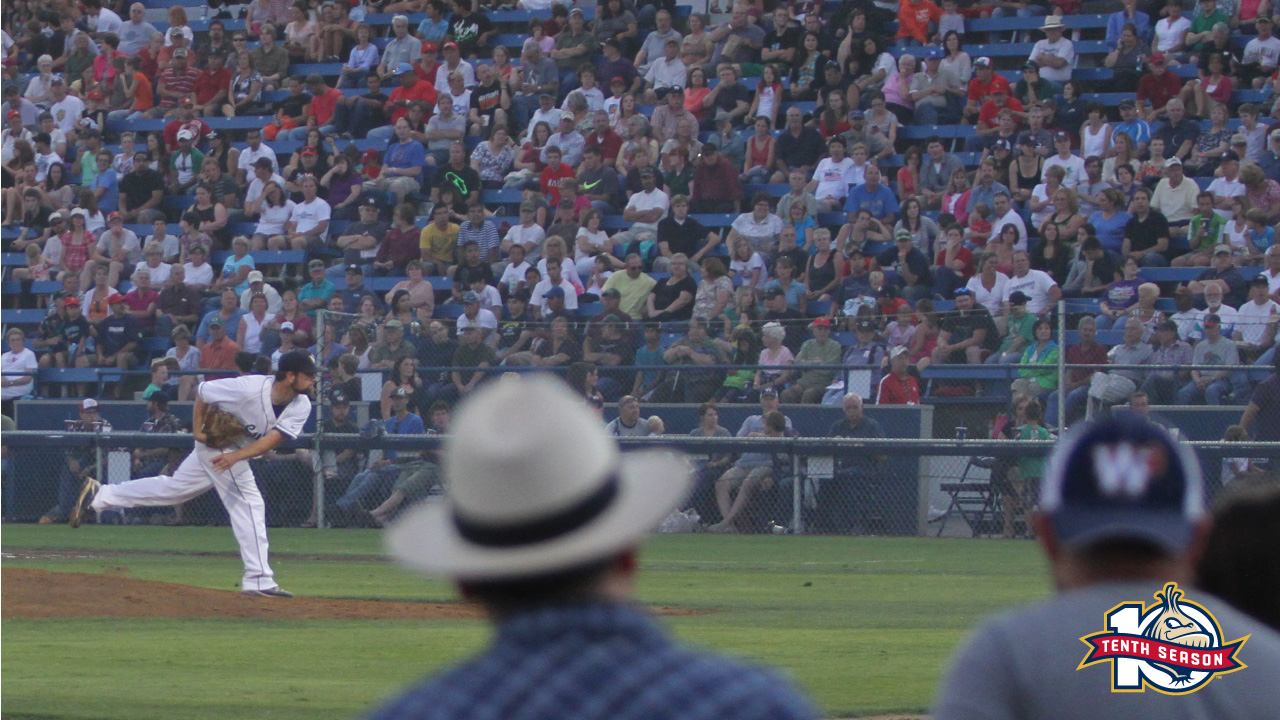 The fastest ten seasons in the history of mankind (at least it feels that way) will open with the Walla Walla hosting the Corvallis Knights at Borleske Stadium. It is the second time in as many years that the Sweets and Knights will christen the home schedule at Historic Borleske Stadium. Opening Day, presented by Chrysler Dodge Jeep Ram of Walla Walla, will be Tuesday, June 4.

“This is a fantastic schedule!” said general manager J.C. Biagi. “A good balance of games by month, some fun road trips across the beautiful league footprint, and once again a chance to be in control of our own destiny on the field, particularly in the first half of the season.

“We’re already rolling with a remarkable season ticket renewal, and can’t wait to keep building the energy through to Opening Day!”

After the opening series with Corvallis, the Sweets continue the homestand with the Bend Elks. Nine of the Sweets first twelve games, and eighteen of the team’s first twenty-four games, are against South division opponents.

The Sweets joined the WCL South division in 2018, swapping with the Yakima Valley Pippins (who moved to the North). The Borleske faithful will welcome a new team in the division, as the Ridgefield Raptors are slated to join the WCL starting with the 2019 season (and will compete in the South division). Sweets officials are excited to have another team in the league, and particularly one that improves the travel within the league (Ridgefield is 30 minutes from the Cowlitz market and 30 minutes from the Portland market). Ridgefield visits Walla Walla August 4-5-6.

After a year playing the holiday on the road, the club will again host a home series July 2-3-4. These games have become some of the most memorable and best-attended, as the community builds the Fourth of July celebration to include nights at the ballpark. From 2015 to 2017, an average of more than 2,100 fans have been in the ballpark each night for games on either the 2nd or the 3rd.

The schedule features 54 WCL games, and 5 non-league opponents. Dates for the non-league games are scheduled, with details of opponents being announced later in the off-season.

The 2019 WCL All-Star Game will be hosted by the Bend Elks. This mid-summer celebration of summer collegiate baseball will take place on July 22-23.

August home dates (6) are as follows: