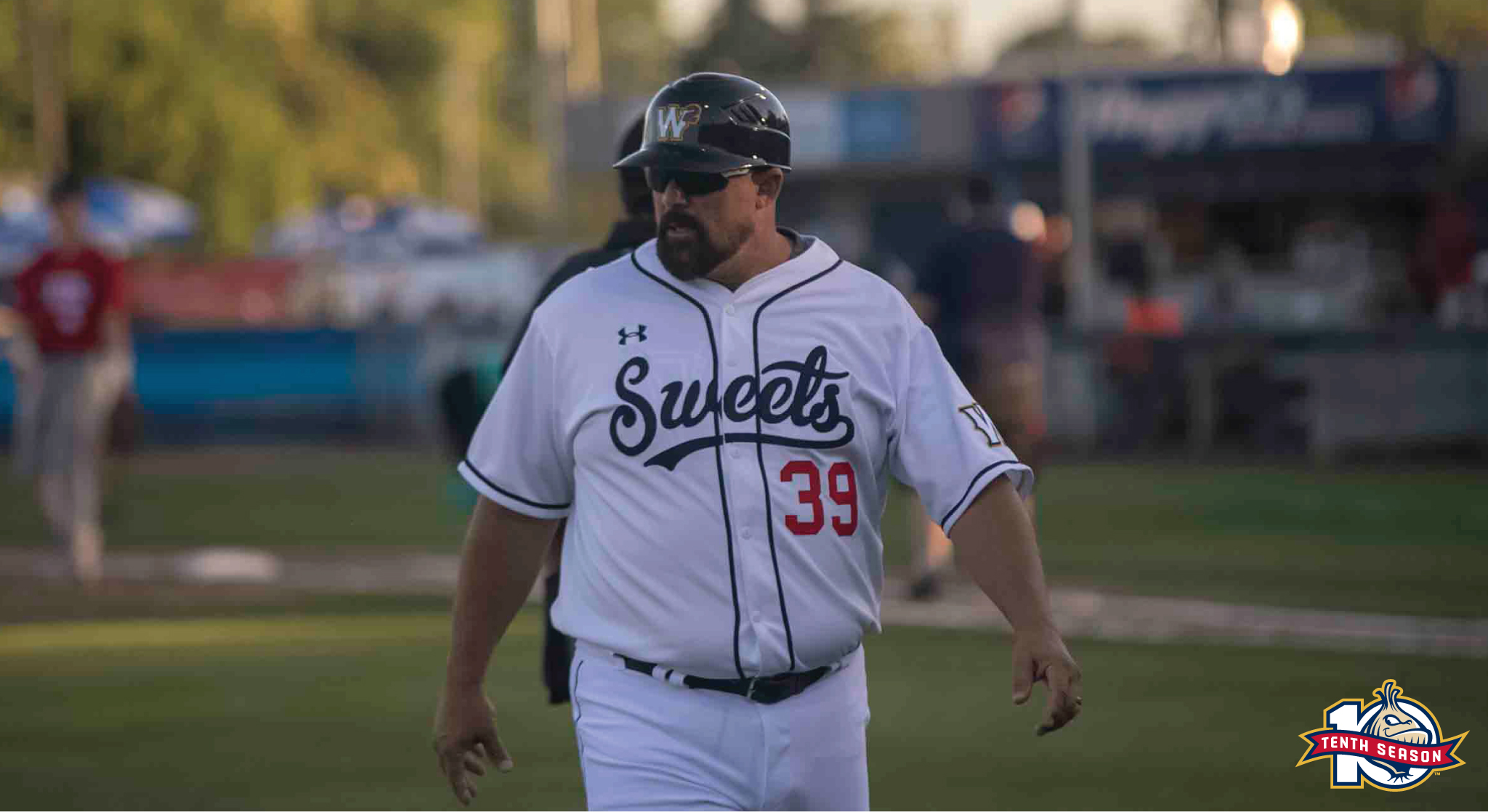 There have been exactly two managers in the entire history of the Walla Walla Sweets. That will not change for the 2019 season, and now those two will be working together to make the 10th anniversary celebration a success at Borleske Stadium.

General Manager J.C. Biagi announced today that manager Frank Mutz will return to skipper the club in 2019. The two are indelibly connected, as Mutz joined the club following a successful 5-year run with Biagi in the dugout. That connection will only grow stronger. The now-teammates will leverage a combined 30+ years of playing, coaching, scouting and baseball development on the West Coast to focus on improving the on-field product, while continuing the tradition as one of the premier development teams in the league.

“I’m thrilled to be back in Walla Walla for my 5th season. I’m looking forward to building a championship club along side of J.C. He and his wife (former Sweets general manager)Katie and been nothing but supportive during my tenure with the Sweets.

“J.C. has a very high baseball I.Q. and I’m sure the two of us will work closely and tirelessly putting together a championship roster for the 2019 season.”

Mutz has an overall record of 118-112 in his four seasons in the dugout (.513) and has managed some of the most thrilling games in the team’s history. During his tenure, the Sweets have:

“I think the world of Frank and the great effort he’s put into integrating himself into this community,” said Biagi. “We’ve developed a terrific rapport over the last few years and our families share a wonderful friendship.

“He’s an asset to our organization and I’m excited to work with him in building a successful 2019 campaign.”

Mutz, who spent eleven seasons as the head coach at prestigious Chaminade Prep in West Hills, CA, is now the athletic director at Calvary Christian in Las Vegas, NV, where he is also serving as the head baseball coach. Biagi and Mutz have begun work on constructing the 2019 coaching staff, which will be announced at a later date.