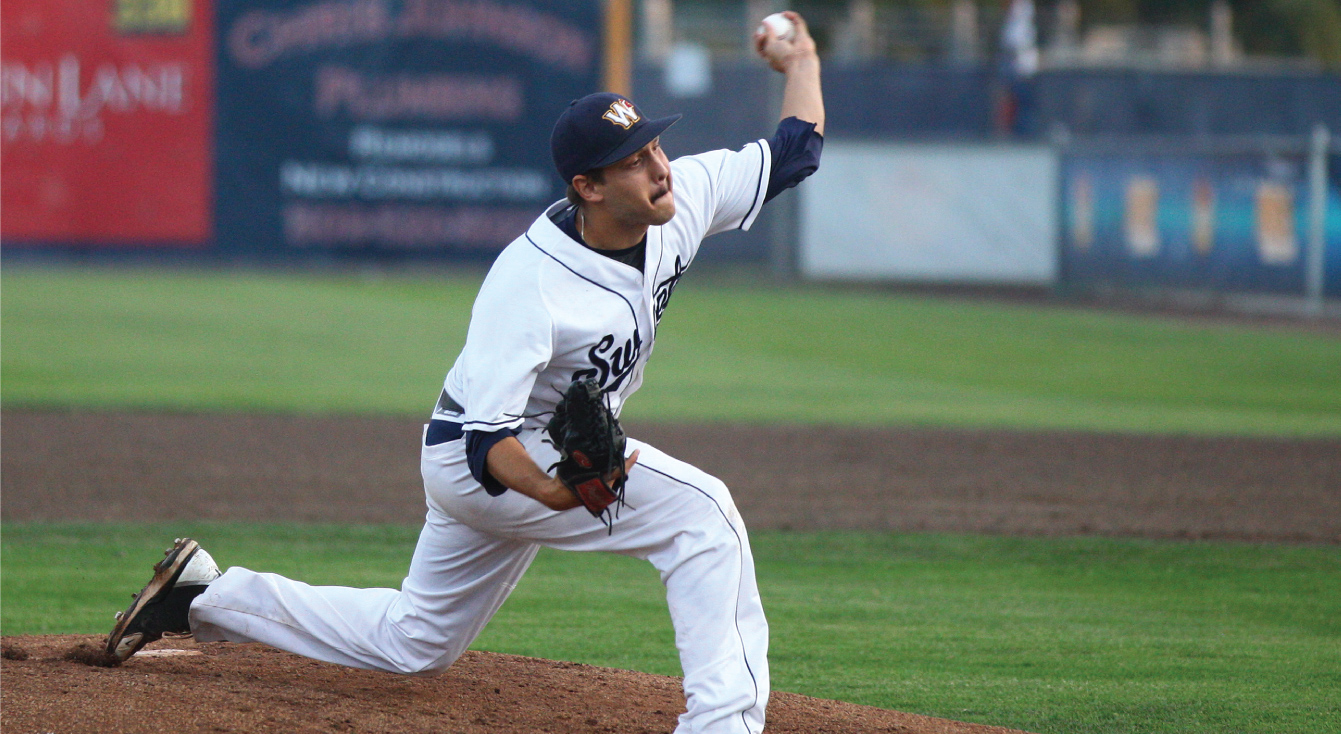 Matt Hall walked into the managers office with batting gloves.

“He may have been under the impression that he would have the opportunity to be two-way player,” said team president Zachary Fraser, who was the general manager in 2013. “I remember J.C. (Biagi) just looked at him patiently as they discussed what role(s) Matt would play during the season.”

Instead of being a two-way player, Hall went onto to be one of many impressive pitchers on that roster. The freshman lefty from Missouri State would throw 52 innings, striking out 45 while posting a 5-2 record for the division-winning club. That team featured a staff that had five future draft picks, including a first-round selection in MSU teammate Jon Harris. Hall stood out as one that really grew into a star that summer. His impressive summer in the WCL was simply a foreshadow of great things to come.

After returning to Springfield, Hall experienced a remarkable collegiate career. He was the driving force behind MSU’s run to an NCAA Super Regional in 2015. Following that success, he was drafted by the Detroit Tigers in the 6th round, subsequently climbing through their minor league system to become one of their top prospects.

While Hall was climbing the Tiger ranks, the Sweets front office was curious as to which of the pitching prospects the team had been able to have in-market would reach the big leagues first. Arturo Reyes (2012) had experienced great success with the Cardinals, including invites to big league camp, before a rash of injuries slowed his progression. Eric Yardley (2011) is a great story, as he has parlayed a free-agent signing with the Padres into a solid MiLB career. He has been back and forth between AA and AAA the past two seasons.

Hall ended the drama. Texts starting circulating on Monday, September 10 shortly after lunch. First from host family coordinators, then past coaches, a few fans, and finally confirmation that Hall had become the first former Walla Walla Sweet to be called up to the Major Leagues.

“I don’t think Matt’s call-up to Detroit is a huge surprise for any of us (former Sweets staff),” said Biagi. “He demonstrated a terrific demeanor, toughness and a certain level of intelligence while he was here that clearly still separates him even today.

“We couldn’t be more proud of Matty. There isn’t a more deserving guy out there.”

It is an exciting “first” in the history of the club, particularly as the Sweets prepares to celebrate the 10th anniversary in the Walla Walla market. While Hall is the first, he will most certainly not be the last. In addition to his 2013 brethren, there have been many talented draft selections in subsequent years that are currently working their way through farm systems.

“It will be exciting to put Hall on the wall here in the office,” said Fraser, smiling at the rhyme. “How great it will be to highlight our first – and to create a space for the many to follow.”